If the Confederate Flag Keeps Getting Banned Then How Am I Supposed to Show I’m a Proud Southern Connecticutian? 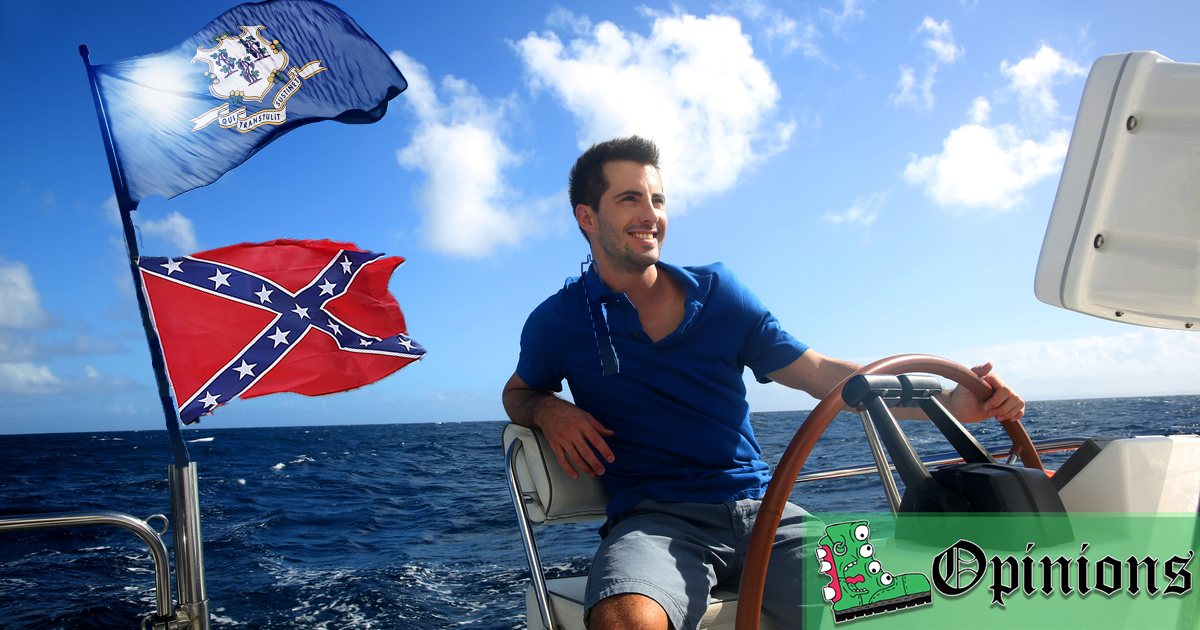 Let me tell you something about my hometown of Darien, Connecticut. Growing up they taught us to feel pride. The pride that you feel when you slip on your best pair of Sperry’s. The pride you feel when the sun hits the top of your thighs while out sailing because your chubbies barely cover your ball sack. How am I to show that I am a proud southern Connecticutian if they keep banning the use of the confederate flag?

There are those who might criticize my choice to fly the stars and bars from the back of my parents’ yacht given that Connecticut was technically part of the Union, but let me ask you something. Did you know that those stars in the middle represent the original 13 colonies? Well, guess what? Connecticut was one of the original 13 colonies. This means my claim to that flag is just as legitimate as anyone else. I bet they don’t teach you that in one of those hippie-dippie liberal arts schools.

Actually I went to Hampshire so I can tell you for a fact they don’t.

More than anything though that flag represents heritage. My family has a long history that dates back to the very founding of America so our roots here run deep. We’ve even traced our lineage back to the famous John Jope who was captain of the ship The White Lion. I can confidently say that when I fly that flag I feel like a white lion. I have no idea what the ship did exactly but I bet it was something really brave.

Look, I love three things: Clam Chowder, the first day of fall where it’s cold enough that you need a sweater and the confederate flag.

This flag represents the spirit of rebellion, not slavery and racism! How could I hate black people? I don’t even know any black people!

So try as you liberals might but I will always proudly fly the flag of my people because this flag transcends latitude and longitude. If you need further proof then let me inform you that even some Germans fly it in their country. How can a flag be racist if it’s so international? To that, I say “Blut und Boden meine deutschen Brüder”!

That’s why this southern Connecticutian isn’t putting this flag away anytime soon. Besides, without this flag, people might think I’m from Hartford or something, and let’s just say that city is a bit too colorful for my tastes.