If Our Founding Fathers Were Alive to See America Today, They Would Be Bloodthirsty Vampires 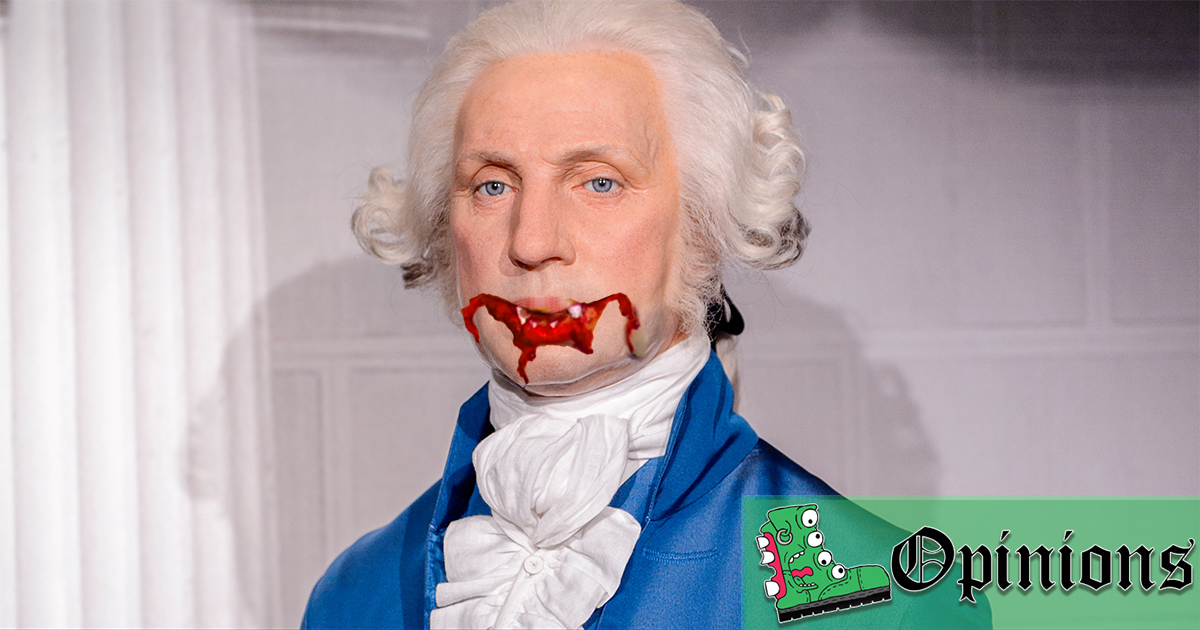 There’s no denying that the American experiment has taken its share of twists and turns over the last two and a half centuries. Is the America we see today a true representation of our forefather’s vision of freedom and democracy? It’s that sort of question that makes some wonder what this nation’s founders would think if they were alive today. But people who wonder that are completely missing the point.

If our founding fathers were alive today it could only be through a pact with Lucifer himself, and their unholy longevity would surely bring with it a thirst for living, human blood.

George Washington would be 288 years old today. Life expectancy was 38 back then. So how the fuck could Washington live to see 2020? Because he became a god damned vampire, that’s how!

I mean it’s the only way, right?! Think about it—have you ever seen a founding father outside during the day time? Have you ever seen the reflection of anyone who signed the declaration of independence in the mirror? No, you haven’t, because they are all nosferati.

If you bump into George Washington on the street tonight, he’s not going to say “I consider the two-party system to be a personal failure.” He’s going to say “I MUST FEED, MORTAL! GAZE INTO THE HYPNOTIC STARE OF MY FORSAKEN EYES! MUHAHAHAHAHA!” And then he’ll like, bite you, to death.

If you see Thomas Jefferson walking down the street at night it’s time to get the fuck outta dodge friend! That or grab a wooden stake and stand your ground. Crosses and holy water won’t work on real vampires, that’s all Hollywood bullshit. I learned that from Blade.

Would these undead wig wearers express concern that America has shifted away from the political philosophies of Thomas Paine? Yeah, maybe after satiating their satanic hunger on a bucket of newborn babies or two they might express that opinion. But if you ask me it’s not worth that many innocent lives to satisfy some sophomoric intellectual curiosity. But admittedly, I would vote for vampire Lincoln over Trump or Biden in a heartbeat.