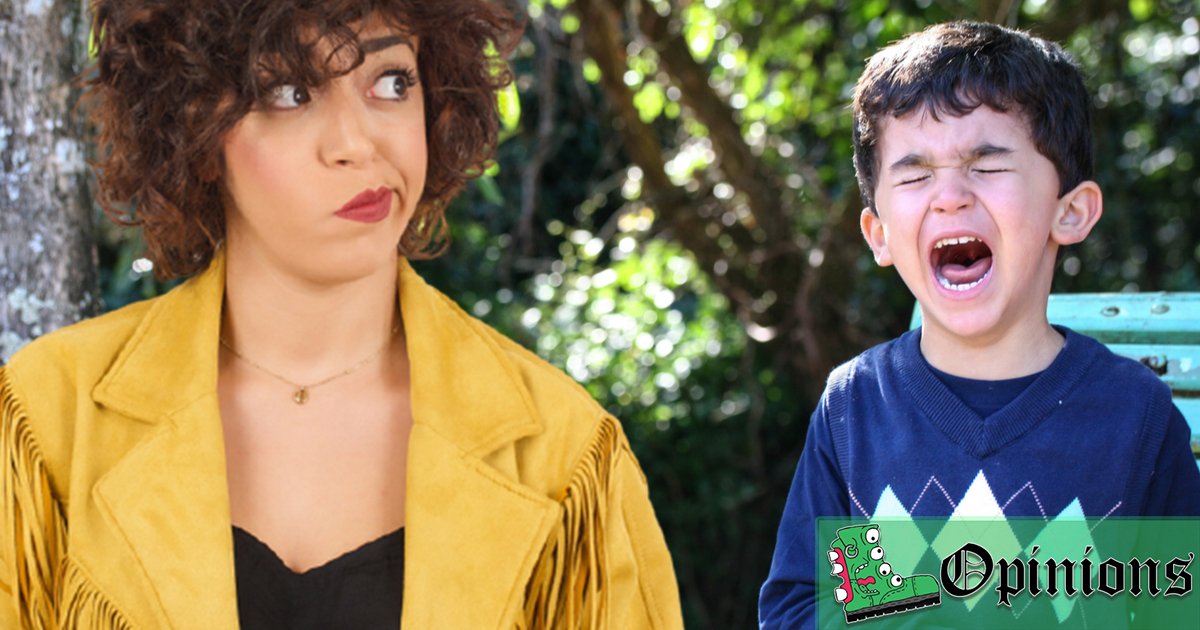 As a first-time parent, I struggle with self-doubt. I often question my child-rearing abilities and second-guess my decisions. But whenever these nagging thoughts enter my brain, I reassure myself with one simple truth: if time travelers from the future haven’t tried to kill my son, then I must be doing something right.

All parents know that when you’re raising a child, everyone thinks they know better than you. “You have to breastfeed, you should read to him every night, please get him to stop biting the waitstaff.” Believe me, I’ve heard it all.

But if I’m such a “neglectful parent” and “toxic influence”, then why haven’t underground freedom fighters from the future tried to stop my child from growing up? If I was imprinting values and character traits that would cause my son to eventually threaten humanity, then surely someone would come back to intervene.

The “haters” might tell me that it’s too soon to celebrate—maybe the time travelers haven’t arrived yet. But that’s ridiculous. If it was so important for future humans to pass back through time and kill my son, they wouldn’t leave anything to chance. They’d murder him when he was a weak infant who couldn’t defend himself, rather than a toddler who can beat up kids twice his size.

In fact, if time travelers really wanted to be sure to erase my son’s existence, they would have prevented me from spawning him in the first place. But the only person who tried to stop me from giving birth was my boyfriend, and given the amount of money he’s lost on sports betting, I doubt he’s from the future.

Anyway, one thing is clear: in this timeline, I must be a good parent. Only one person has ever threatened violence against my son, a bridesmaid at my cousin’s wedding, and she was all talk. Someone should go back in time and stop her parents from raising an inconsiderate bitch who doesn’t understand that screaming is just how kids blow off steam.)

Although, now that I think about it, no evil time travelers have tried to kill my child, either. Does that mean he won’t grow up to be a positive leader for humanity? If robots haven’t come for him, does it mean he won’t be the lone savior who prevents the rise of the machines?

Okay, this is a wake-up call. I will double my efforts as a parent until evil robots from the future come to claim his life. It’s the only way I can be sure that I am #adulting.