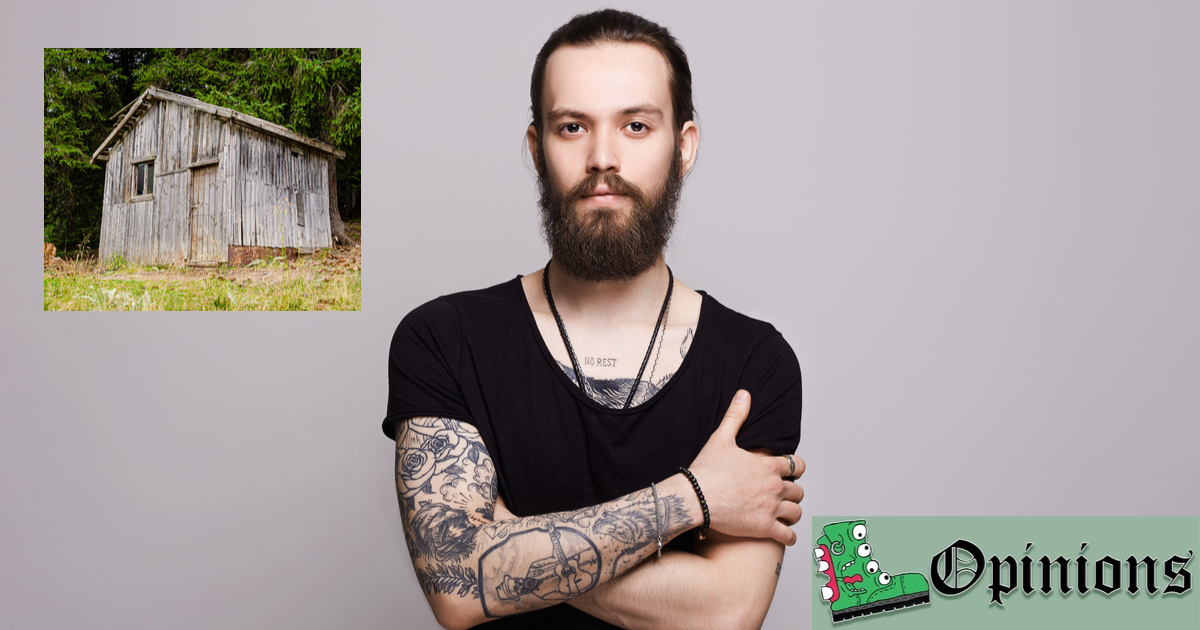 The ’80s was a time when a man could dream and that dream could come into fruition and nobody would judge him. No song epitomized this period of American prosperity like the B-52’s “Love Shack.” A song which, based on context clues, is clearly about a DIY man like myself who erected a backyard hump hut to bump uglies and, if he truly is like me, snort research chemicals. The B-52’s sang loudly and proudly about their fun times in the Grabby Cabin and they even got famous from it!

So why is it that when I, a simple God fearing American man, sings loudly in public about the homemade fuck-shed in MY backyard, suddenly everyone is saying things like “why would you tell anyone that?” and “you should get a tetanus shot immediately.”

Despite what my haters have to say, I persist. Sure it makes people uncomfortable when I burst into song but if I want to bring the gift of music paired with unbreaking eye contact to every woman in this Arby’s, that’s my right as an American. An American with nothing more than a song in his heart and a DIY fuck-shed in his backyard!

I actually pity the B-52’s now that I think about it. Their song may be a more sanitized version of what my life has become but one thing is for sure; all the jukebox money in the world couldn’t tear me from the shed I love. That said, it would be a change of pace to actually fuck in there. Just once. Preferably with a lady. The DIY lifestyle is great for fuck-shack building but not for getting people to agree to fuck you in said fuck-shack. If not, I will once again retreat to my masturbation igloo. Unfortunately, nobody wants me to sing about that either.