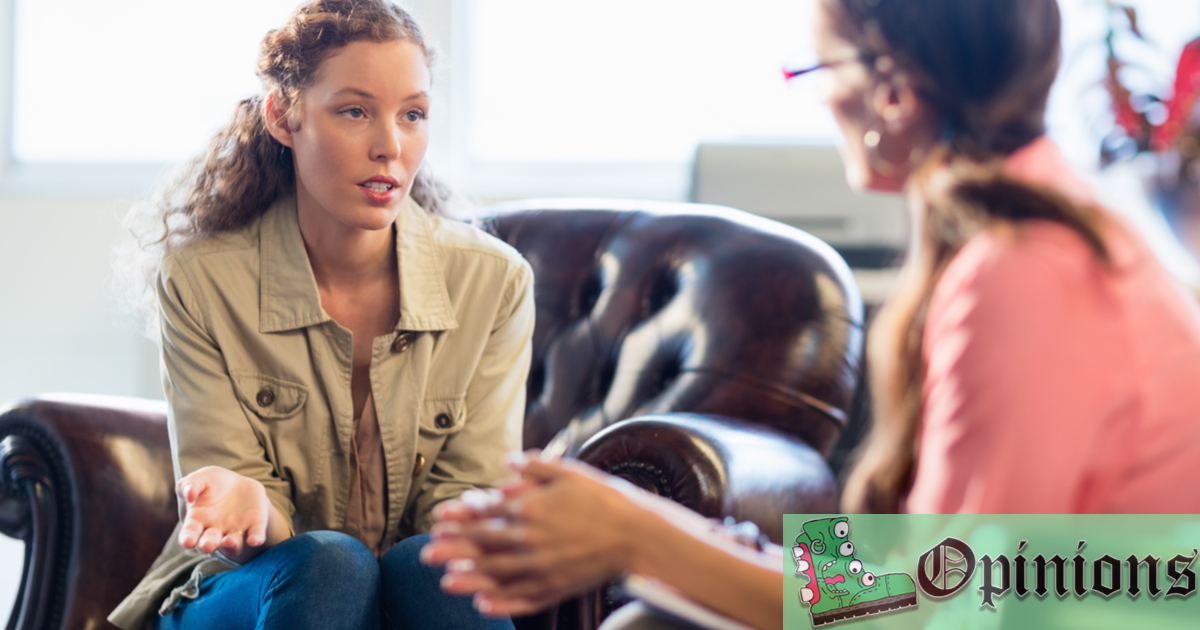 I went into my therapy session this week grinning ear to ear. I felt more connected to my therapist than ever and I knew we were about to start making some major progress. Yet when I made reference to my “Lover in the Snow,” my therapist asked if I was talking about my ex I broke up with last winter. Ya know, I’m beginning to think my therapist didn’t actually listen to the mixtape I made them.

That asshole! I spent all morning trying to figure out where you can still buy blank tape anymore. In the end, I just recorded everything over top of an old Hootie and the Blowfish cassette I found under my basement sink. Also, these songs are my soul! Fuck that!

At first I thought maybe they only listened to side A, which is mostly Hawthorne Heights songs I got by holding the recorder up to the speaker of my roommate’s 2002 Corolla. But when I made another mixtape reference, they asked if my ex had moved back to Ohio. I guess that tells me all I need to know what “fancy big business therapist” thinks about our relationship.

Hell, those weren’t even the deep cuts that I was afraid they might not get right away but hoped they’d eventually come around to understanding what a sensitive and poetic soul I am.

Side B kicked off with Braid, followed by some of Rivers Cuomo’s solo stuff, then a few songs I wrote back in high school and originally recorded on my sister’s Furby, and finally wrapped up with a Hootie and the Blowfish track because I fucked up the dub somehow and couldn’t record over that part.

Sometimes it feels like no one really understands me. Not even the professional who I pay in Venmo credit and who also doesn’t listen to my goddamn emotions through the power of obsolete electronics. Fuck this. If they can’t be bothered to listen to my mixtape, then I’m not gonna listen to them going on and on about “projecting” and “unhealthy coping mechanisms” and whatever.