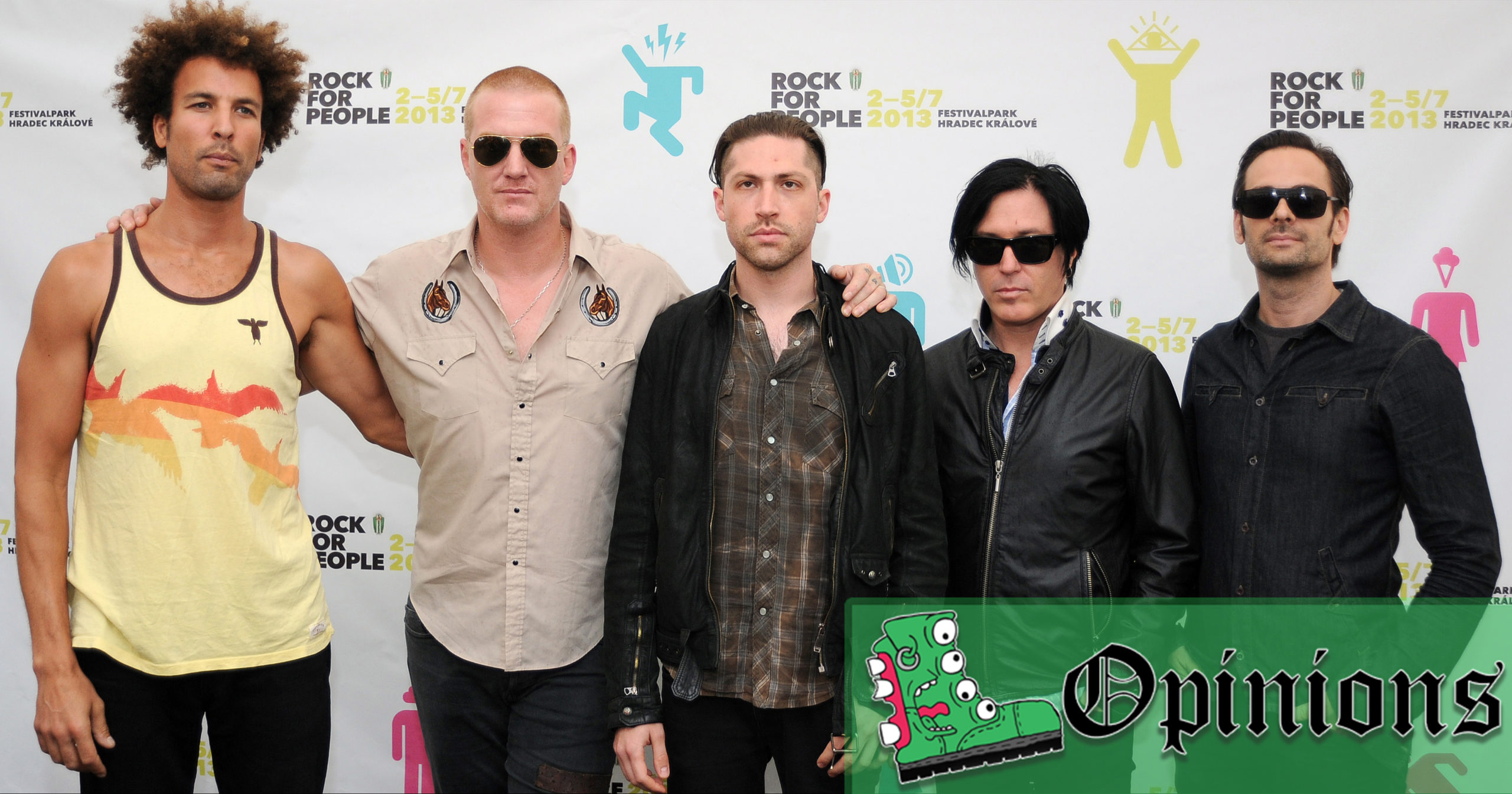 The term “concept album” can be confusing. Sometimes it implies that there is a narrative story told through a collection of songs, similar to a rock opera. It could also mean there is a core idea or theme tying the album together. And sometimes it can refer to an entire discography, like every Queens of the Stone Age album. The concept remains the same every time a new record drops: let’s go do some drugs in the desert.

Every QotSA fan will agree Josh Homme has a very distinct sound and that’s probably because most songwriters don’t spend their free time dropping acid and whispering secrets to a cactus.

The man’s a walking Fear and Loathing paperback and it’s evident in every eerie guitar solo. When he wrote the lyrics “nicotine, Valium, Vicodin, marijuana, extacy and alcohol” they weren’t meant to be a song, it was a shopping list.

The remaining members of the band have always been a rotating cast of characters that seem like they’d be fun to get high with.

You’ve got Mark Lanegan whose signature raspy growl and skeletal stature put you halfway to a hallucination that you’re talking to the grim reaper.

Nick Oliveri looks like every meth-head biker character you’ve ever seen on Law & Order. That dude definitely knows about some shit you’ve never even heard of, like “if you low temp boil Windex for twenty two and a half minutes then huff the fumes off of a goose down comforter you’ll see God” type shit.

Dave Grohl has publicly stated that he’s not a big fan of the Foo Fighters album he wrote following working with Queens, which is understandable since who among us has never done something they regret while coming down from the most fucked up they’ve ever been?

Not every concept is well executed. Metallica and Lou Reed’s’ “Lulu ” was a disaster. But I gotta say, QotSA kills it every damned time. There’s not a single album in their library that I don’t like, especially when listened to under a scorching sun with dilated pupils.