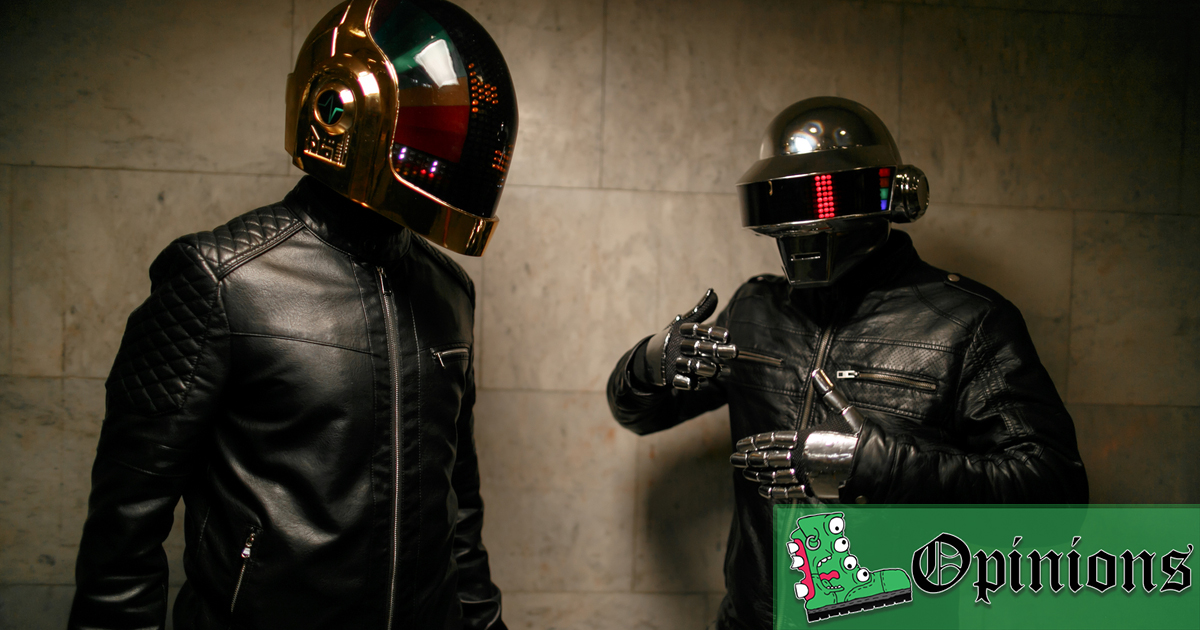 As European technological innovation has caused countless industry jobs across the globe to become obsolete, the United States has proven time and time again that this Eastern tech takeover will never be a match for the gritty American workplace, as evidenced by the news of French electronic duo Daft Punk’s break up.

They had a good 28-year run, but much like the European dry compass and the compound crank of 1335, these European advancements were not meant to be commonplace forever. Their cold, hard, croissant crumb-covered bléeps and blôôps are no match for the sweaty, corn-fed American blue-collar warriors who spend countless hours each week producing sick loops ripe for sampling. Strip away all the glitz and glam of Daft Punk’s shiny suits and fun spaceships, and you’re left with a product that’s no match for our hard-working, salt-of-the-earth mid-westerners waking up at the crack of dawn to write phat beats for Beck.

Need more proof? Just look at their touring schedule. They haven’t played a live show in 14 years. American electronic pride Felix Da Housecat, on the other hand, hasn’t stopped touring in decades. Mr. Da Housecat has the thick American blood that pours out every time you put your booty on the floor tonight.

Their downfall is not a fluke but rather another domino in the long line of unsustainable European Windows 95 enthusiasts with funny names and/or costume gimmicks, preceded by the Swedish House Mafia and likely followed by, let’s be honest, Crazy Frog.