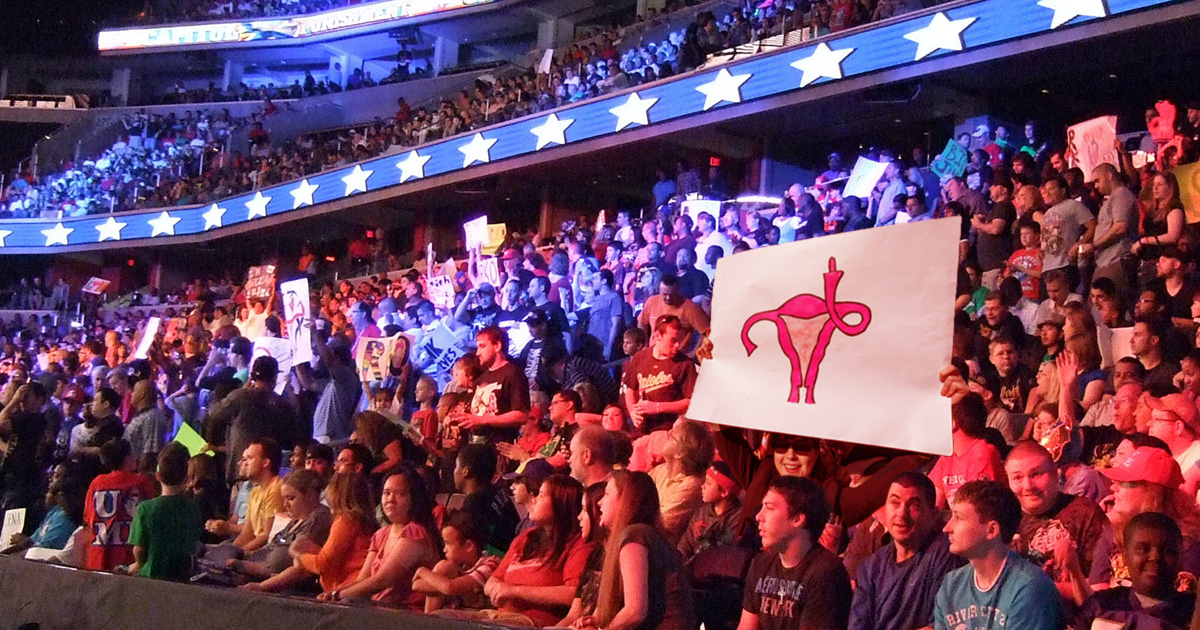 PHILADELPHIA – A protest sign originally used at the Women’s March to the Polls last weekend has been successfully repurposed for the first all-female Royal Rumble match, rowdy sources confirm.

“I was a little worried that a hand-painted depiction of a uterus defiantly giving the middle finger on poster board would be out of context, but it blended in well with the other nonsensical signs around me,” said sign holder and creator, Brenda Chiu. “But someone else had a sign that just said ‘Cena stole my Hot Pocket’ so it didn’t seem too outta place, I guess.”

For the sign, being utilized more than once has far surpassed it’s wildest dreams.

“I thought the Women’s March was gonna be it for me for a while,” the sign said. “Like, maybe if I was lucky I’d get to go to a rally in another couple of months or something, but two weeks in a row? Wow!”

This is a breaking news story, more updates to follow.