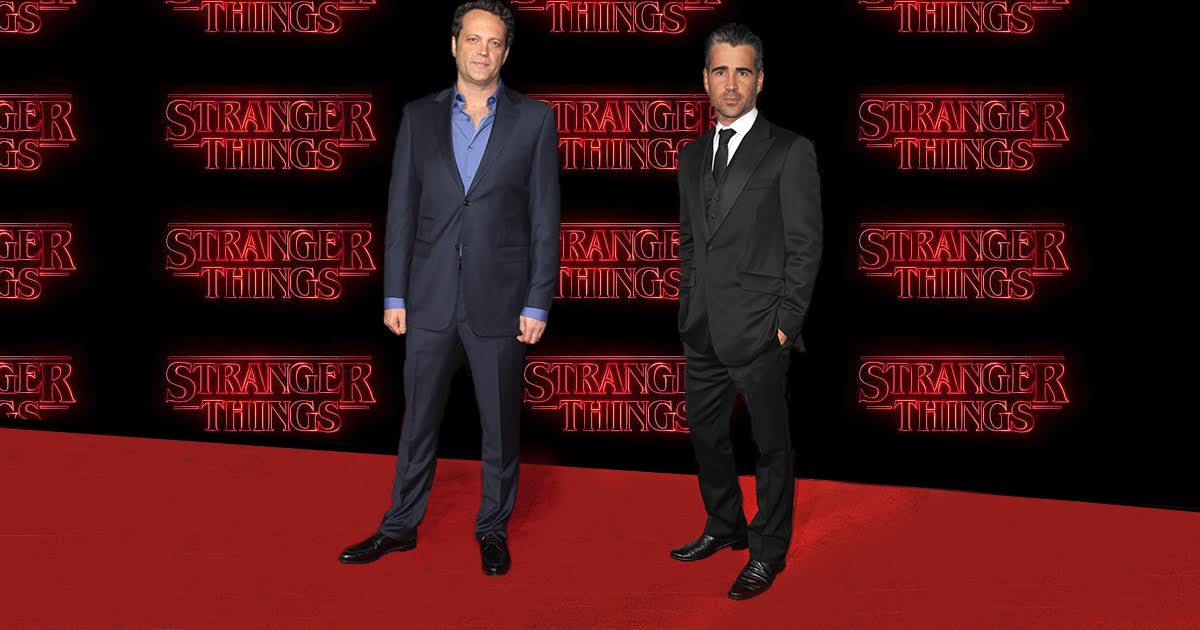 NETFLIX – Stranger Things Executive Producer Dan Cohen announced in an official press release that actors Vince Vaughn and Colin Farrell have been cast as the lead actors for season 2.

“When you have a show as immediately successful as Stranger Things, there is a tendency to slip up in the second season,” explained Cohen. “That’s why we’re bringing in the big guns. These guys are seasoned megastars, terrific talents, and they are here to bring the changes we desperately need. You could say we are turning the whole thing ‘upside down.’”

Joining Cohen in his enthusiasm are show creators Matt and Ross Duffer, who spoke on Vaughn’s input to the creative process. Matt said of the decision, “Initially we wanted Vince to be an FBI agent who comes to Hawkins to investigate, but Vince shot that down right away. He goes ‘Let me just be some rich guy who does nothing and talks just like Vince Vaughn, but he’s tired a lot.’ He said that and Ross and I look at each other, and we knew we had lightning in a bottle.”

According to Ross, Farrell is shaping the show’s direction as well. “Colin was flipping through a script and he looks at me and goes ‘boy you guys sure wrote yourselves into a corner with all this supernatural stuff, can we get rid of it?’ That’s when it hits me — do we want a continuation of the same story and the same people audiences love? No. We want new characters, a new city, new crimes, new Stranger Things!”

Season 2 remains cloaked in mystery. “There’s only so much I can say,” explained Cohen. “I can’t tell you whether all of season 1 will turn out to be someone’s dream, or if it will simply be ignored completely,” adding, “What I can tell you is it will definitely be one of those two things.”

Matt Duffer remained equally cagey. “All I can tell you at this point is no more monsters, no more children.” When asked if he could share more, Ross Duffer cooly replied “Skateboards.”

Not everything about Stranger Things will change in season 2. Winona is back, of course, confirms Ross Duffer. “As a nod to season 1 she’ll be in the background of every scene repeating her performance word for word as a hard-nosed detective with a tortured past, just out of context.”