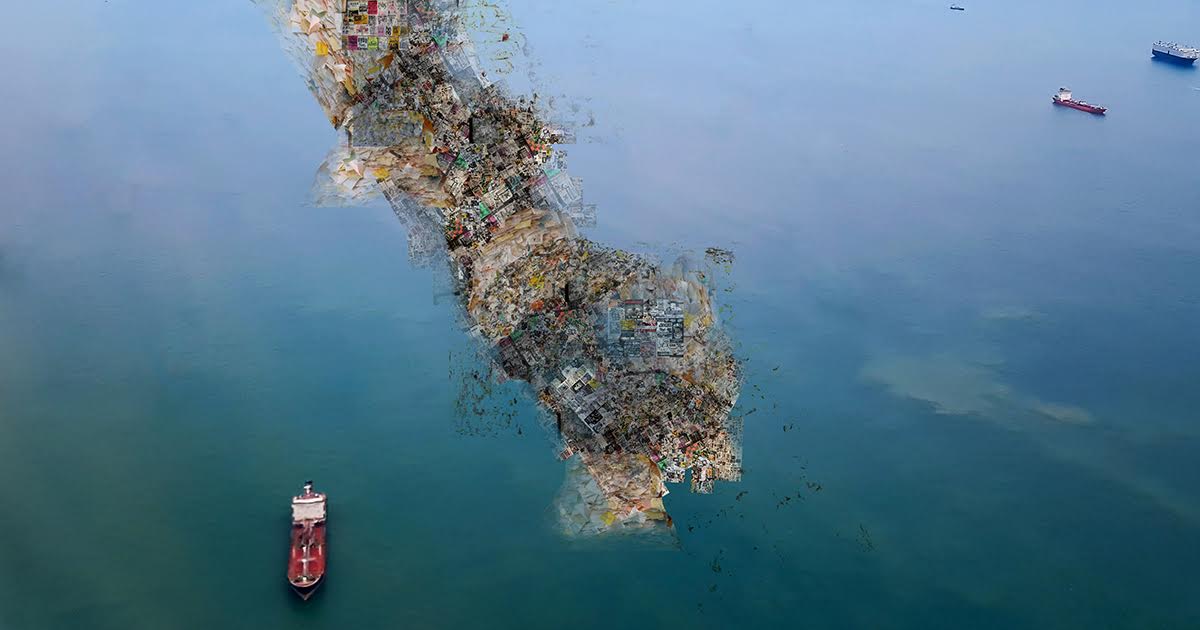 JONES BEACH, N.Y. — A three-mile-long trash heap of discarded show flyers is floating off the coast of Long Island, oceanographers have confirmed. The scientists discovered the festering mass after a winter storm brought high winds through the area.

“Frankly, I’m disgusted,” said avid bodyboarder Benny Levitz. “I come here with my boys when the surf is up, but the entire beach was closed off because of that trash island — all this gunk and multicolored, photoshopped bullshit. One flyer that washed ashore was for the Tickle Tickles. Who the fuck are the Tickle Tickles? No wonder this thing has gotten so huge.”

The trash island is estimated to be 90 percent show flyers, with the remaining 10 percent human waste and chemical sludge holding it all together. Experts believe the Long Island gyre, which weighs over 100 tons and reaches 20 feet below sea level, now houses a wide variety of wildlife, including blue crabs and black-tailed gulls.

The mass, first reported in the early ‘90s, was never officially recognized until last week, when NASA satellite imagery confirmed its existence spanning two decades. Many Long Islanders attribute the growth to the boom in local DIY venues and donation-based music labels.

“I’m old enough to remember when the trash heap was the size of a basketball court. We all made jokes about it,” said local punk Matt Rad of Hauppauge. “It started a couple years after [DIY venue] Loud Barn went under. We were so dumb, dude. We didn’t realize cheap flyers from Kinko’s basically killed an entire ecosystem. We held a benefit show to promote awareness, but sure enough, I just saw the heap’s filled with all our flyers.”