Swing Voter Not Sure Which One of These Cats He’s Gonna Vote For, Daddy-O 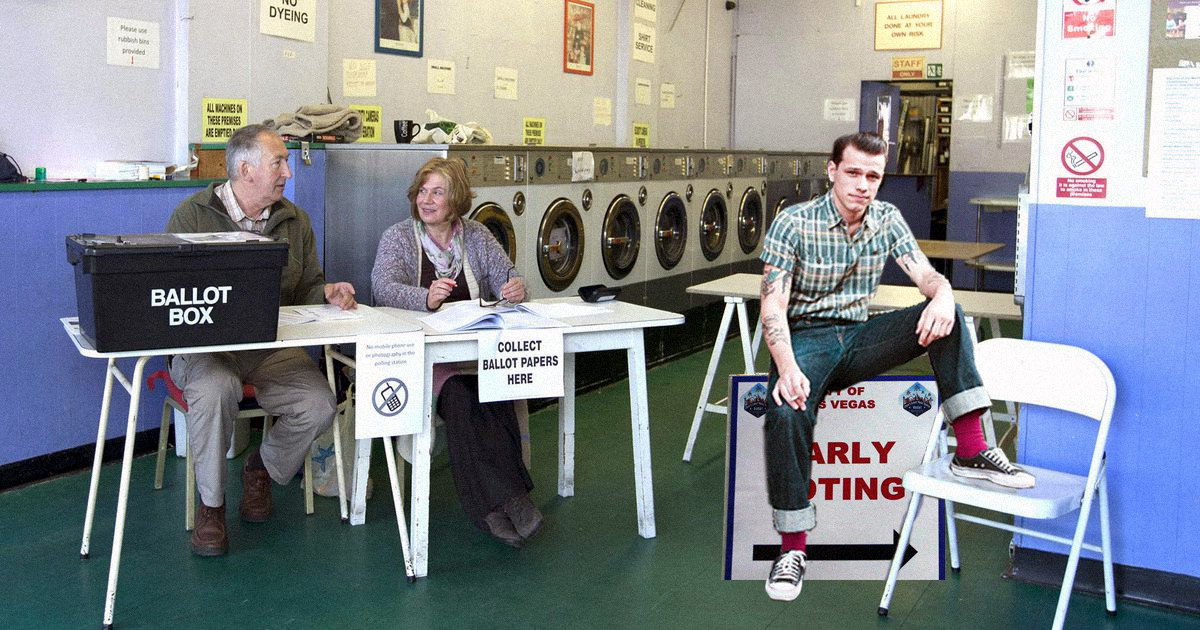 MILWAUKEE — Vince Normand, an active member of the local swing and rockabilly scenes, announced this morning that he was unsure which “hepcat” or “Betty” he’d vote for in today’s midterm elections, cooled-out sources confirmed.

“Man, this joint is really jumpin’ — lots of ankle-biters cookin’ ‘round here,” said Normand from outside of the neighborhood recreation center doubling as his precinct’s voting headquarters. “Dig all these heads runnin’ around, tryin’ to collar some jives out here in our community. I really don’t want to vote for some wet rag, so I’m just out here eyeballin’ some of the wheels for now.”

After spending roughly an hour surveying the minivans, SUVs, and hybrid cars parked in the nearly full lot and loudly criticizing them for not being “cherry,” Normand reportedly approached a fellow voter with a proposition.

“This guy asked me if I wanted to ‘race for pinks,’” said Lauren Alstot. “I think that’s a car thing? I don’t know… I took the bus here. Then he asked me who he should vote for, and I tried my best to briefly encapsulate the last few years of our country. He thanked me for giving him ‘the word from the bird,’ and for not ‘shucking’ him. It was all very strange.”

Despite having a simple breakdown of several candidates’ policies, however, Normand has still struggled to reach a decision.

“From what that dolly was telling me, it sounds like these cubes on the left want to make things equal for all the fillies and big daddies,” he said. “But then the other ones want to take us back to the ’50s. I was unhip to the whole scene, but those both sound like fat city, daddy-o! I better get in there and figure this out.”

At press time, Normand was refused admittance to the voting booths for trying to use his belt buckle as identification.