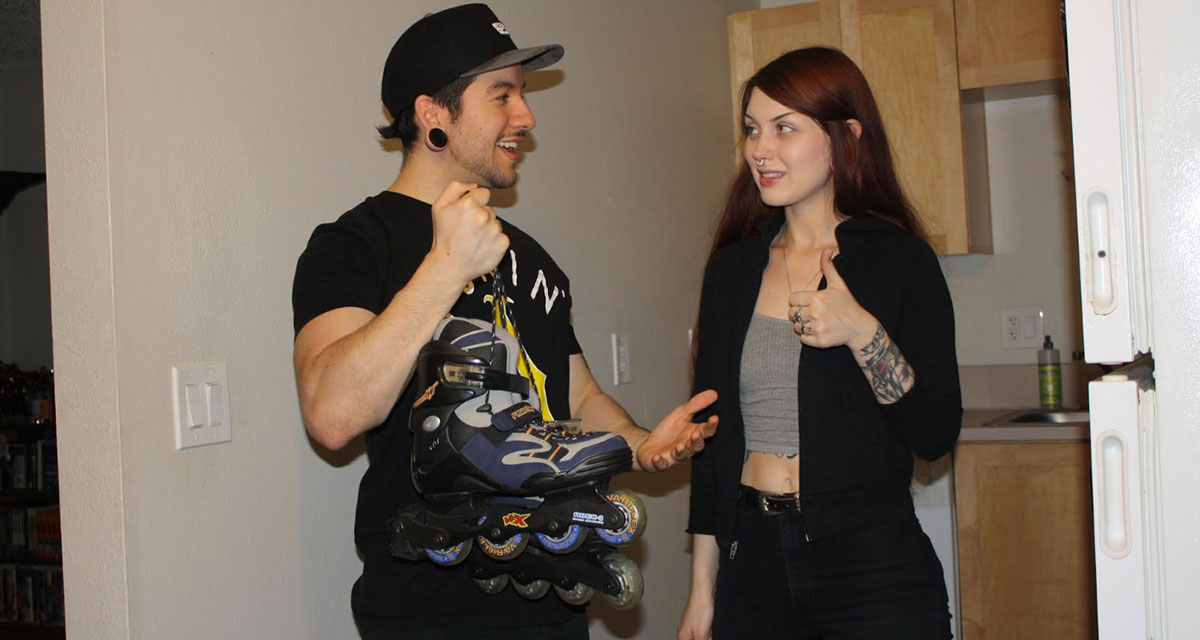 FOLSOM, Calif. —  Local girlfriend Jenna Hurewicz has severely over-inflated the confidence of her significant other Tommy Ganshirt with constant praise and encouragement, according to sources close to the couple who wish she would stop.

“I just don’t get it. Tommy was so content knowing that nothing he did would really amount to anything,” said mutual friend Janet Curl who is worried about her friend’s sudden interest in “dorky” activities. “Last week, he joined a Magic: the Gathering league, and just yesterday, he tried to start a ska band. It’s too much to handle.”

“I’m usually the first person to call Tommy on his bullshit,” said co-worker Nick Landgraf. “But I really can’t help him if someone in his life is telling him that growing a goatee that long is a good idea.”

Hurewicz’s own circle of friends report a change in her behavior as well.

“I really don’t know what it is, but she seems genuinely happy with [Ganshirt],” said Hurewicz’s roommate Cambria Schwallier. “I gotta say, she does look great compared to him.”

Concerns grew this week after Ganshirt shared multiple photo albums on Facebook of the couple on a miniature golf date, along with the fifth essay this week detailing their relationship success.

“My timeline was flooded with hundreds of photos of them at Adventure Land,” said Judy Hurewicz, Jenna’s mother. “I love seeing my daughter happy, but this guy seems like a bit of a knob, to be honest. He brought his own custom-made club to a mini-golf course. That’s weird.”

Hurewicz claimed she has not been bothered by the criticism.

“When I first met Tommy, he seemed so miserable,” said Hurewicz. “He was writing poetry just the other day. Poetry! I told him to send it into the local newspaper; he’s going to try to get it published. He has a creative soul.”

As of press time, those close to the couple reported the first signs of waning support following Ganshirt’s registration for mime-theatre classes.