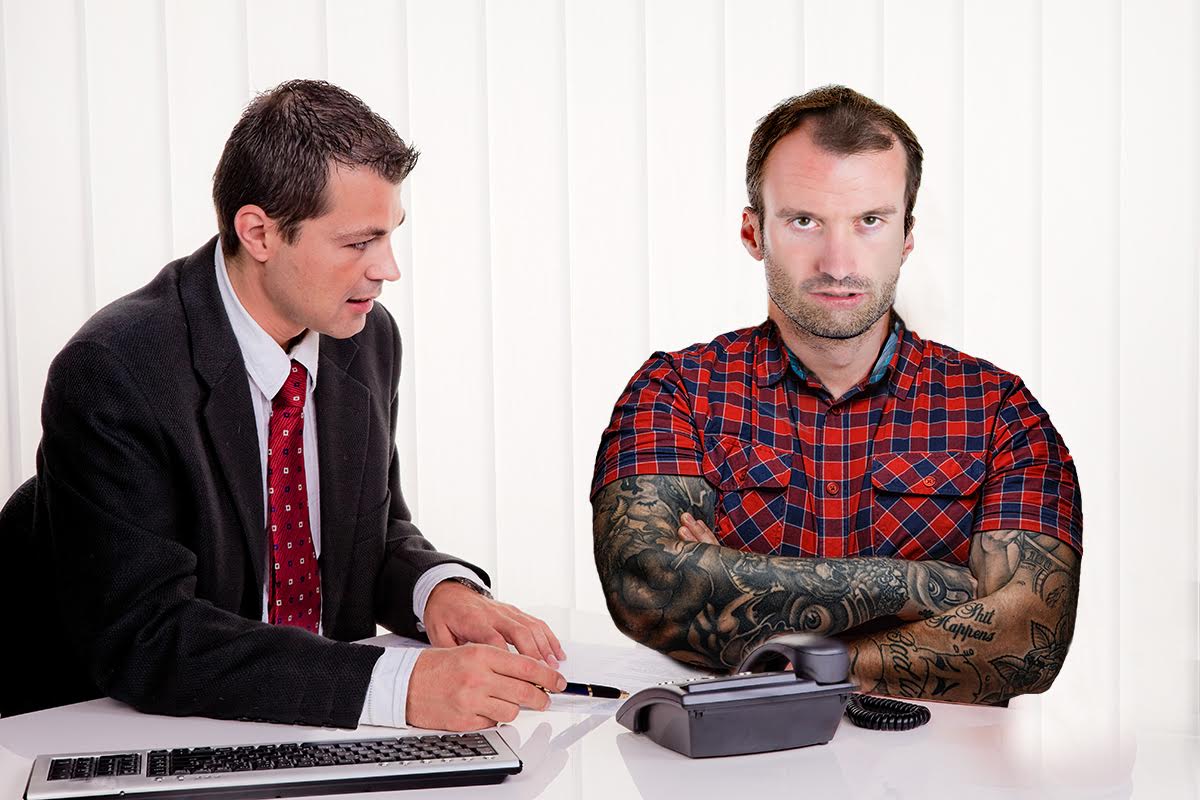 NEW YORK – Anthony “Tony” Rizzetti is considered by many to be a living legend in the NYC hardcore community. His many bonafides include making flyers for Youth of Today shows at the Anthrax, subbing on bass for Judge three times, and once even helping Skarhead fix a flat tire. So it came as a huge shock when absolutely none of that was a deciding factor in his rejected application for a home loan.

“I’m 41, so I thought I should start to think about home ownership,” Rizzetti said. “So I went and got all these forms and filled them out. I also included this crew picture from ‘91 where me and Civ are back to back. But the banker said my years of staying true wouldn’t effect my GFE.”

The realization that a carefully cultivated popular persona relevant to a niche audience does not resonate in financial terms is sending shockwaves through the hardcore community.

“What? Tony ‘the Slamdozer’ can’t get a loan? We called him Slamdozer because back in the day when he slammed he was like a fucking bulldozer, man,” Randy “Stiff” Johnson, a scene figure since the early ‘80s said. “Dude never paid his bills on time though. He still owes me for a post-show slice of pizza from ‘87.”

The news hit record collector Maria Flores especially hard. “Look at this,” she said, gesturing angrily at a studio apartment filled with albums and limited edition prints. “I decided to give my life to this with the understanding that it would benefit me in job interviews, run-ins with the cops, you name it. Now I find out my credit score has my five credit cards on it, and not a single mention of how I high-fived Eddie Leeway in ‘92? I thought those would balance each other out.”

While an individual’s credit score is based on a confluence of complicated factors, a person’s commitment to both the struggle and the streets might not be completely meaningless.

“Honestly, Tony’s scene cred was pretty good, but his debt-to-dues ratio was a bit higher than we would we would like,” said Manhattan Trust loan officer Maggie Sullivan. “Ever since the housing collapse, we have to be a lot more careful issuing so-called subprime ‘poseur’ loans. Our credit check revealed Tony only comes out for the big shows and he declined to have Big Mike’s back in a mosh pit incident. Unfortunately, with credit, the time you put in lately is what’s most important.”