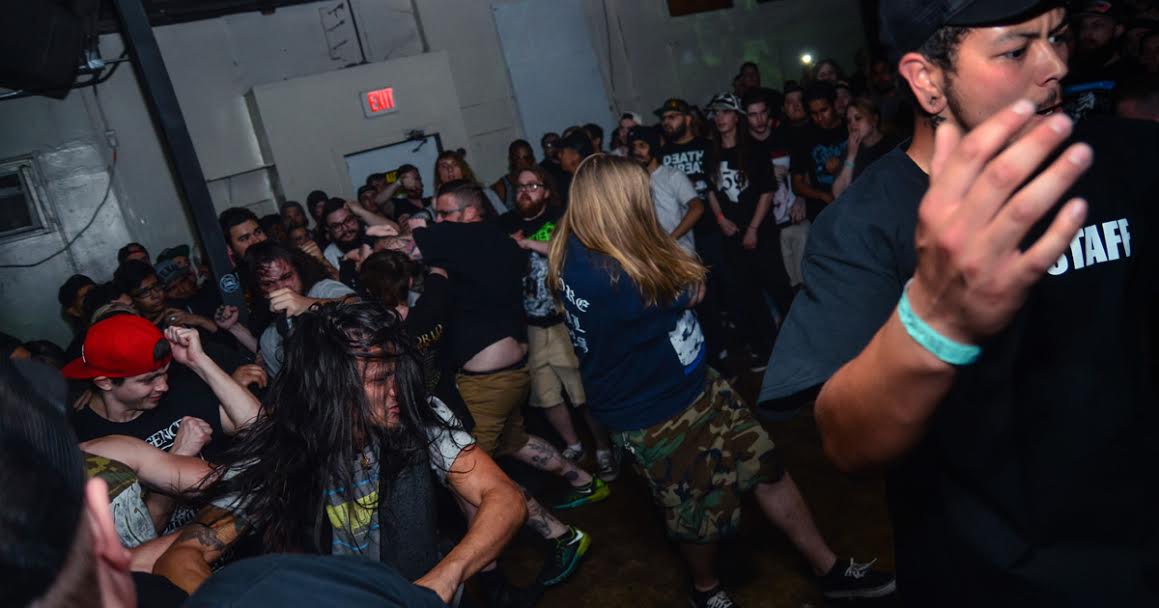 The bothersome attack came on the heels of a routine circle pit formed amid local hardcore band Anger Force’s set, during which 22-year-old Graham Simatos suddenly began punching those near him on the outskirts of the pit.

“It all happened so fast — we didn’t have any time to react. Suddenly, he was right in front me, just punching everywhere and shit,” said Carly Gomez, a survivor of the irritating outburst. “He hit me in the shoulder, and kind of stretched my shirt a little when he tried throwing me into the pit. Overall, I’m just kind of pissed it fucked up my Instagram story.”

Kenny Lanyen witnessed the horrifically aggravating scene while standing on a chair in the back of the room.

“The guy was clearly crazy; he had this vacant look in his eyes. All these people just minding their own business, trying to watch the show,” said Lanyen. “I mean, you see something like that and think, ‘That could’ve been me. I could’ve been the one bothered by him.’ It’s a scary thought, man.”

Mosh experts have noted a steep increase in crowd killing incidents over the past few months.

“Statistics show crowd killing was way down during the Obama years. Whether that was from changing mosh politics, or people becoming more pit savvy, we can’t really be sure,” said prominent hardcore historian Corey “Knuckles” Knudson. “We haven’t seen crowd killing numbers this high since the heyday of garbage moshcore bands like On Broken Wings and Black My Heart. Hopefully, we aren’t popularizing bands like that again.”

The attack prompted many parents to wonder what sort of security measures DIY venues are taking to protect showgoers.

“I’m just thankful my son knows the safest place to be in a circle pit is directly in the center,” said concerned parent Debbie Holmes. “The last thing he needs is a bruised thigh because some meatball with no flexibility threw a spin kick at innocent bystanders.”

As of press time, all seven victims of the attack are recovering comfortably and waiting in line at the merch table.