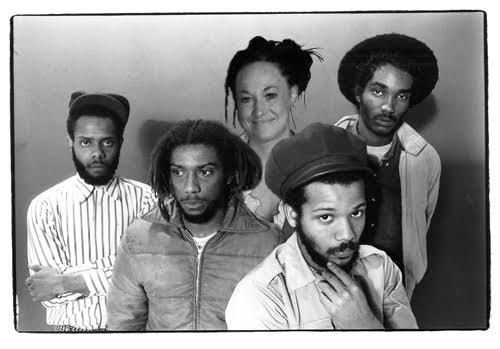 SPOKANE, Wash. – After resigning from her post as president of the Spokane, Washington chapter of the N.A.A.C.P due to a highly publicized scandal regarding her race, Rachel Dolezal created even more controversy on Monday by claiming to be a founding member of legendary hardcore punk band Bad Brains.

The 37-year-old Dolezal claims to “have been there since day one” when describing her association with the band that formed in 1977 (when Dolezal was less than a year old).

Dolezal’s parents, who are white, have stated publicly that her daughter was no where near Washington D.C.’s punk scene in the late ’70s, or 171-A Studios, and that she has never expressed any interest in punk music until very recently.

“I… don’t understand… why people have a hard time… believing this,” stated a confused Dolezal when confronted by reporters. “Being in the Bad Brains shaped my entire identity, they are like family to me.”

Related: Bad Brains Enter 30th Year of Getting a Pass for Homophobia

Bad Brains frontman HR has remained relatively quiet on the situation, and refused to comment on a picture Dolezal produced of the two, which she says proves HR is her father.