Punk Caddy Doesn’t Give A Fuck Which Club You Use 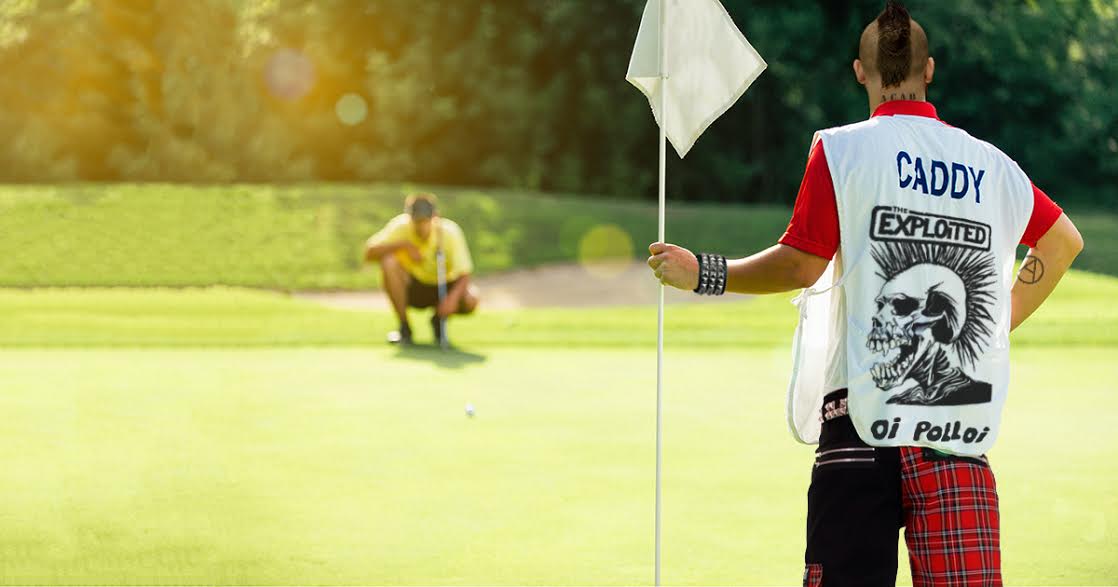 GLENDALE, Calif. – An afternoon of tension boiled over at the Shady Acres Golf Course on Wednesday, when local anarchist caddy Dakota Fremont told a golfer that it didn’t matter which one of his “shiny-ass Richie Rich sticks” he uses and that his life was a “joke.”

Shady Acres members report events like this are now a common occurrence at the club, ever since Jacob Fremont, course owner and Dakota’s father, forced his 16-year-old son to become a caddy after scratching “PUNKS NOT DEAD” into the hood of his Volkswagen Jetta, given to him as a 16th birthday present.

“That twerp needs to learn the value of property,” said the elder Fremont. “He says he’s ‘anti-possession,’ but you should see him when his mother buys the wrong kind of hair wax. (That) little shit needs some time in the real world.”

The role of the caddy entails carrying clubs, tending the course, and advising players on strategy. Like many of society’s constructs, these duties have been routinely rejected by Dakota.

“Cocksucker was just dragging my $400 Top Flite bag around like it was his disgusting jacket or something,” said Ron Merrill, the most recent regular paired with Dakota. “I don’t even wanna tell you what he said when I asked him to wash one of my balls. I think he also chucked my six iron into the lake when I wasn’t looking.”

“I asked him about the best approach on nine the other day,” said Jennifer Spears, another frequent player, “and he yelled at me to use ‘whichever club made me feel like a productive member of society.’ Then he disappeared with the cart for 20 minutes, and now that we’re back at the clubhouse and I can’t find my Percocet.”

When reached for comment in the course’s locker room, Fremont said, “Yeah, this whole scene is stupid. Uptight motherfuckers dressed up in their little costumes just to fit into this asinine club that makes them feel good about themselves. Makes me laugh. It’s just so lame the things people do to try to fit into their little social clubs sometimes.”