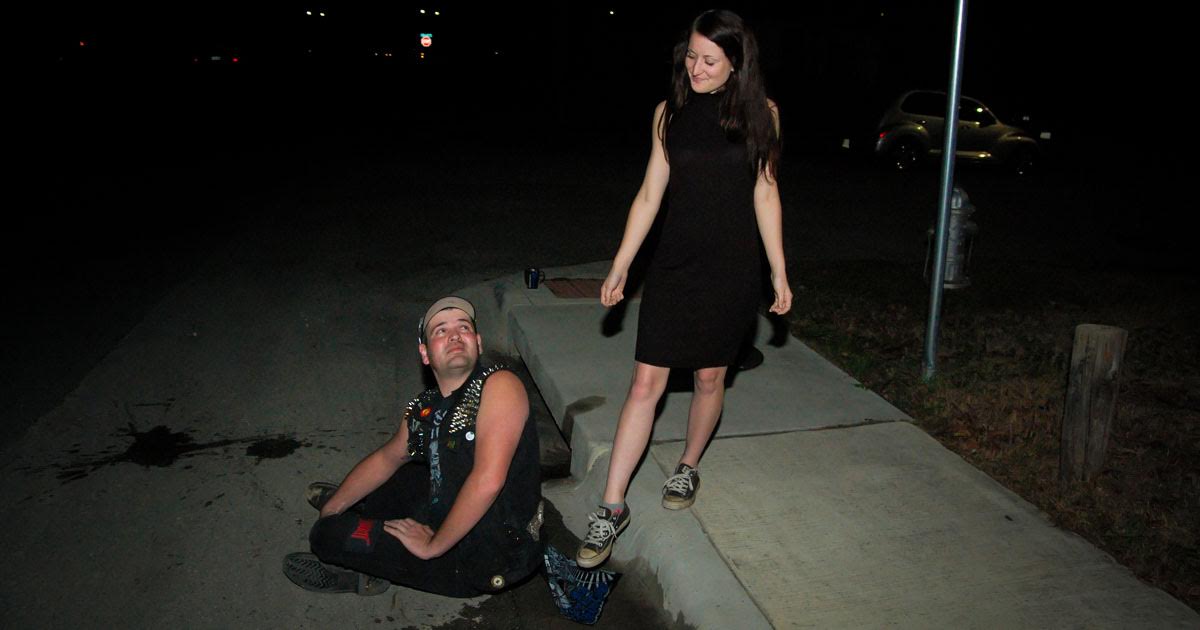 BALTIMORE — Local crust punk and self-proclaimed gentleman Jason Kirkby laid his Capitalist Casualties butt flap over a puddle last night to protect his date, Emma Barton, from getting her feet wet, according to awestruck witnesses.

“Oh, my god — it was so sweet,” said Barton’s neighbor Rita Ortega, who saw the gesture. “He sat on the ground so that flappy thing over his butt would cover the puddle. What a nice guy. My boyfriend won’t even open the door for me. She is one lucky woman.”

Kirkby and Barton met online recently via the alternative dating app Plenty of Sheep, which aims to match local, single nihilists and offers “entertaining ways to get to know someone without supporting a capitalistic society devoid of redemption.”

“I’ve been on dates with a few different guys from PoS, and they’ve mostly been terrible,” said Barton after the date. “The last guy tried to come serenade me one night. He threw a brick through my window and played some folk-punk song protesting our being apart. The neighbors called the cops, and my landlord had a shit fit.”

Barton reported her date with Kirkby was considerably better. The two met at Grindage, a local independent coffee shop, where, according to Barton, “sparks flew instantly.” Not wanting the date to end, they went for a walk around the neighborhood, eventually caught together in a sudden rainstorm.

“I really admire his determination,” said Barton. “But, in the end, it really made no difference, since the puddle was, like, 3 inches deep. My shoes got pretty wet, and the weight of the water kept pulling his pants down, so we both ended up damp and uncomfortable … but it was incredibly romantic.”

After walking Barton to her apartment, Kirkby was spotted skipping down the street and whistling Dead Milkmen’s “Punk Rock Girl” to himself, leaving those who witnessed it inspired by the possibility of love and romance.

“That boy is something else, I tell ya,” said Ortega. “Punk may be dead, but chivalry sure isn’t.”