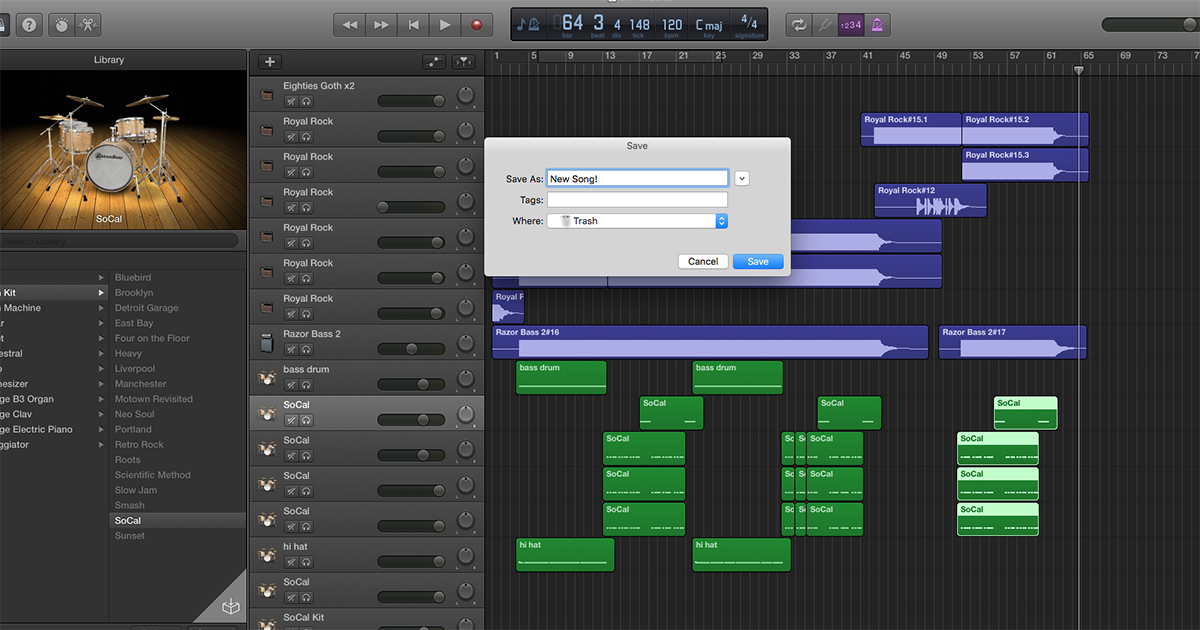 CUPERTINO, Calif. – Apple, Inc. announced an update for the popular GarageBand music software that will automatically export finished tracks directly into the Trash folder in a statement earlier today.

“This is perfect for today’s modern, unskilled ecosystem. At Apple, we try to make our software like magic. Users should get from A to B as quickly as possible,” read the press release. “That’s why we’re excited to announce a bundle of GarageBand features, including a new tool that makes bass inaudible, a drum machine that only does triplets, and, of course, Apple’s patented straight-to-trash exporting feature.”

“We’ve used real customer usage data to build this update,” said spokesman Gil Ferro. “For instance, we’ve found that over 98.9% of tracks from GarageBand are moved into the Trash folder within an hour of exporting, which is why that’s the new default behavior.”

By the same data set, Apple found nearly all users using reverb simply turn it up to 100%, so reverb now only has two settings: on or off. Apple has also removed all equalizers, compressors, and other mastering tools from the software.

“It was obvious nobody was using those,” the spokesman said.

The Silicon Valley giant insisted the simplifications will be worth it.

“Cutting these features allowed us to pour resources into what users really want. All available engineers are working to improve that little keyboard you can play with your mouse pointer,” said Ferro. “This is what Steve [Jobs] would have wanted.”

The chatter on GarageBand message boards has been largely positive.

“I can’t wait! I heard it’s got a new feature that automatically moves my vocals a half-second off from the rest of my tracks. That’ll save me so much time,” said user bandman420x. “And I’m really excited for the expanded free library of loops, but a little bummed to hear they’ll be in every key except G, C, D, and E.”

Apple has already begun a direct to consumer messaging campaign in hopes of preempting potential criticism.

“Listen. You’re using an audio workstation that came with your operating system. No label is going to sign your garbage,” said Ferro. “Hey, ‘GarbageBand’ — now there’s an idea!”