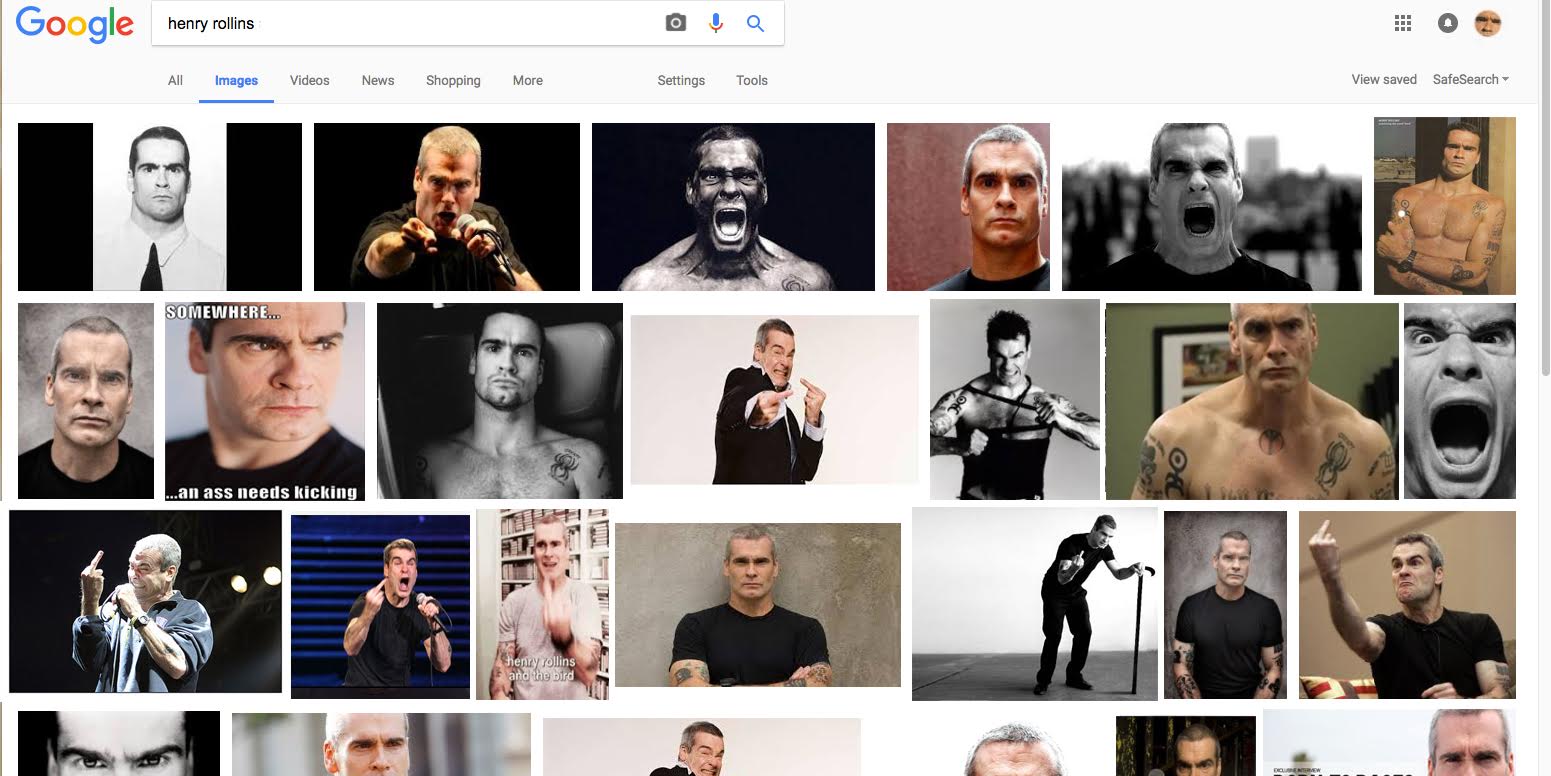 “I was working on an oil painting of me and Rollins laughing at posers outside a Black Flag show,” Taubes said from his studio apartment. “I searched for two hours for a reference photo of Henry smiling, but all pictures of him had his arms crossed and eyebrows scrunched up. It felt like he was looking at me the way he looks at the establishment, or Bono.”

Taubes, a devout fan of Rollins’ work, discovered Rollins when he was 14, and has since kept his idolization of Rollins a mainstay in his life.

“We’ve always had a great relationship. My music, reading material, political opinions — they all come from [Rollins]. He’s like a Target store, but for art,” Taubes said. “My life would fall apart without him. Henry’s been like a father to me. But I look at these pictures, and I can’t help but wonder… did I make him angry? Is he disappointed in me?”

Taubes reportedly spent days retracing his steps, trying to figure out how he might have wronged Rollins.

“He definitely must’ve noticed I missed his last spoken word show,” Taubes said. “Does he think I don’t care about Joe Cole? I’m so fucked. Henry never does anything halfway. I’d say he’s gonna hate me until it hurts, but it already does.”

Those close to Taubes noted he’s been so shaken by the possible offense, he’s become less present in his own life.

“Dave’s a total drag now,” said Jared McCoy, Taubes’ best friend. “I hung out with him yesterday, but all he wanted to do was listen to a podcast from three years ago to see if Rollins said anything about him. He flipped out anytime I tried to speak.”

Despite his setbacks and unease, Taubes is determined to win Rollins back.

“I’ve left The Graduate and All the President’s Men by my door,” Taubes said. “I know they’re his favorite Dustin Hoffman films. I’m hoping he finds them and will just come talk and remind me of how talented [Rollins] is.”