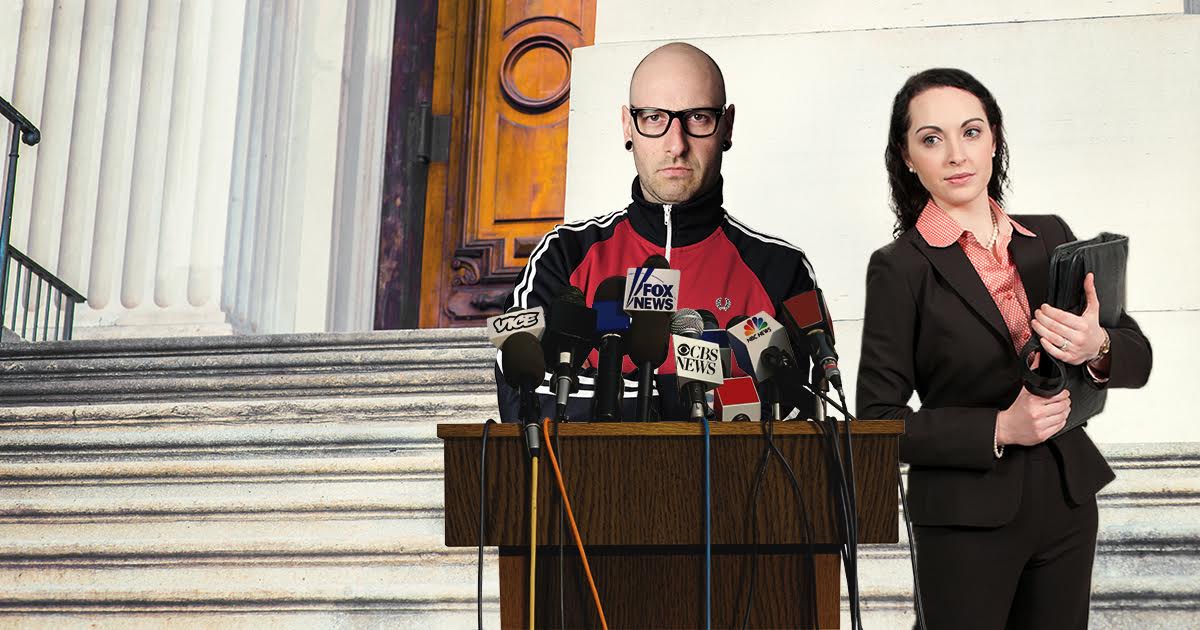 BOSTON – Renowned hardcore enthusiast Charles Pope was acquitted on all charges of assault and battery earlier today after his lawyer cited the landmark 1992 case of Talk Shit v. Get Hit in Boston Municipal Court, astounding the press corps and public at large.

“I must say, I thought that was going to be an easy case to win,” said Lucas Chapman, prosecuting the on-stage assault following hardcore band Punched Out’s EP release. “There were roughly 200 eyewitness accounts and somehow even more camera phone recordings of the incident.”

Dismayed, Chapman added, “It’s bad enough the defendant shouted the name of his crew throughout the assault, but he even had his own, full name spray-painted on his jacket.”

Chapman credited Susie Sutton, Pope’s defense attorney, with forming a unique, rarely utilized defense. “In most situations, assault is a crime, so they had that working against them,” Chapman said. “But we didn’t account for cases regarding differing cultural norms.”

“The case of Talk Shit v. Get Hit clearly shows that in my client’s culture, in the event of an individual calling into question the ethics and/or heart of an individual or the aforementioned individual’s crew via disparaging remarks, there is an understood ethical and moral responsibility to inflict bodily harm on that individual, not to exceed a degree in which a venue is forced to shut down,” said Sutton. “Or, to put it simply, ‘talk shit, get hit.’”

Sutton, savoring a decisive victory for cultural expression, believes there is still work to be done.

“I won’t stop fighting until all alternative cultures have the right to express themselves freely,” Sutton said. “That includes government-issued three-piece suits for all rude boys, non-alcoholic liquor options for our straight edge population, and chain wallets — not considered weapons provided you know all the ‘words’ to any gibberish part of a Korn song.”

Pope, again a free man, made a statement to the press. “I just want to get back to my hardcore family and resume knocking out suckers at shows who mosh too close to me,” he said. “Or even accidentally bump into me.”