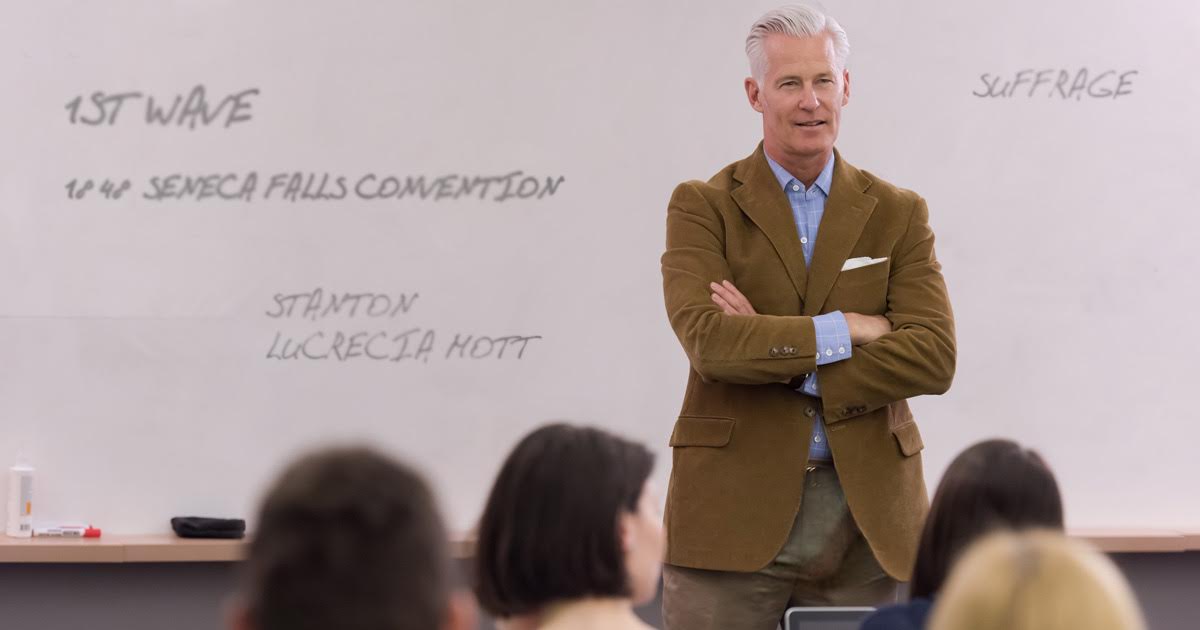 OBERLIN, Ohio — Students in Oberlin College’s Feminist Epidemiology class were unable to focus during Professor Eric Shin’s “Commercialization of Ironic Misandry” lecture due to his bold and glaring erection, according to multiple students stifling laughter.

“I noticed something was odd pretty soon into the talk,” said junior Angela Bock. “I thought maybe he was carrying a laser pointer or a bunch of pens in his pocket or something. But when he accidentally nudged his ‘MISANDRIST’ mug off the desk, I knew something was up.”

Witnesses confirmed the length and arc of the boner, which lasted almost the full duration of the 50-minute class period, could be seen from as far away as the last row of seats.

“Professor Shin remained firmly committed to delivering the lecture. I’m not even sure he noticed it, to be honest,” recounted senior Marguerite Martinez. “He truly seemed completely unaware when he plunged both hands into his front pockets and started rocking back and forth during his statistical breakdown. It was almost like he was subconsciously framing his eager penis for the audience.”

“I don’t know if he was trying to do that move where you tuck it up into your belt or something, but I feel like he was adjusting it too much for him not to have a plan,” said Dave D’Ambrosio. “I need to drop this class. All I can think about is that man’s penis.”

Despite a number of students declaring, “I can’t, I just can’t,” and leaving the class, Professor Shin calmly carried on with his presentation with a quiet understanding.

“This isn’t the first time it’s happened,” said Professor Shin. “Public speaking is hard to do. I used to think having my fly down was the worst thing that could happen. But I’m on this new heart medication, and sometimes the side effects are untamed erections. Frankly, I’ve learned to live with it, and hopefully my students are mature enough to overlook the tumescent penis of their professor.”