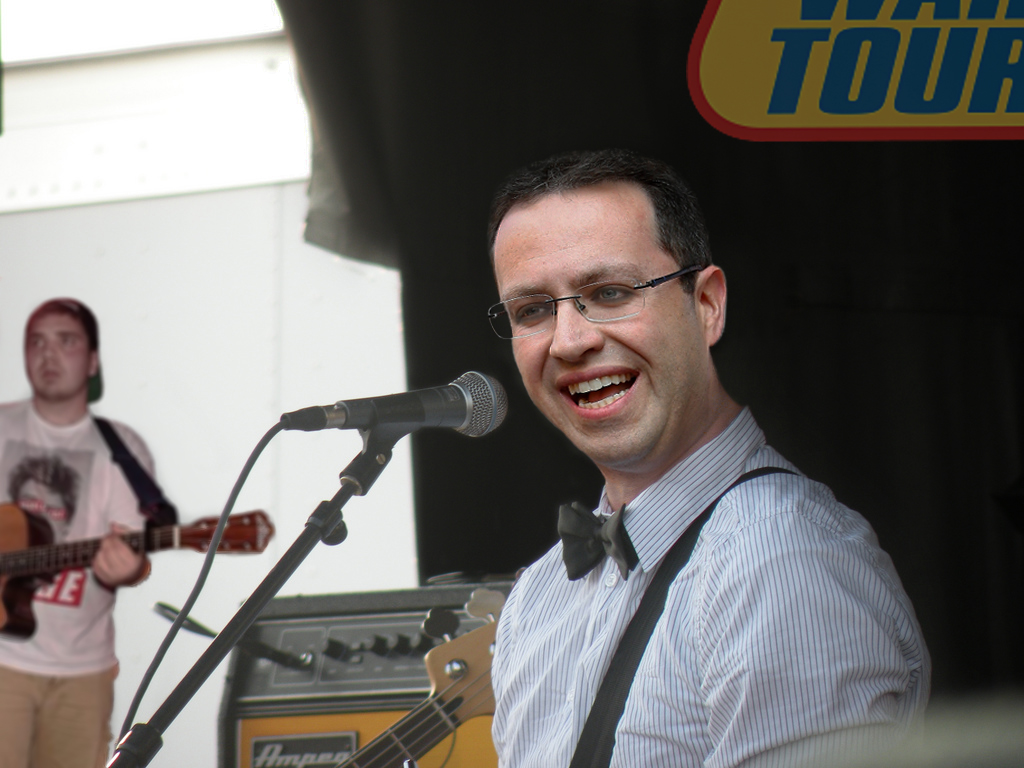 Just a few days after striking a plea deal over federal charges relating to the possession of child pornography and sex with minors, Fogle announced that he will be the headlining act of the 2016 Warped Tour. The disgraced sandwich pitchman is expected to play each date of the traveling music festival, which has been drawing fans ages 11-17 to see their favorite groups perform in a mostly unsupervised atmosphere since 1995.

Early reports indicate that Fogle’s plea deal revolved heavily around his participation with the long-running festival.

“I am super excited to be a part of the Warped Tour. I have played guitar for a while now, I got into it in college. A lot of people didn’t know that about me,” stated Fogle, who rose to fame after losing weight by eating only Subway sandwiches. “But there are a lot of things people didn’t know about me.”

Jake Mcelfresh, commonly know as “Front Porch Step,” released a statement via Facebook about how excited he is for Fogle to join the Warped Tour. “Jared will fit in here, I just know he will. Plus, this should take some attention away from me for a while so I can get back out on tour and meet face to face with my young fans.”

“Add me on Snapchat,” Mcelfresh added.

Subway has reportedly cut ties with the youth-centric festival, releasing a brief statement via Twitter. “The Warped Tour’s actions are inexcusable and do not represent our brand’s values. We had already ended our relationship with Jared.”

Public reaction to the announcement has been mixed. 31-year old Donny Landis, who hasn’t attended The Warped Tour since he was a teenager, wasn’t impressed. “Honestly, Jared is probably the only act at Warped Tour I have even heard of at this point, but I don’t need to pay $35 to go see his crappy band,” he said.

Warped Tour founder Kevin Lyman, who is reportedly on vacation, defended the controversial announcement via Twitter. “I’ve made my decision, and although it may not be popular, I’ve made it. #eatfresh”