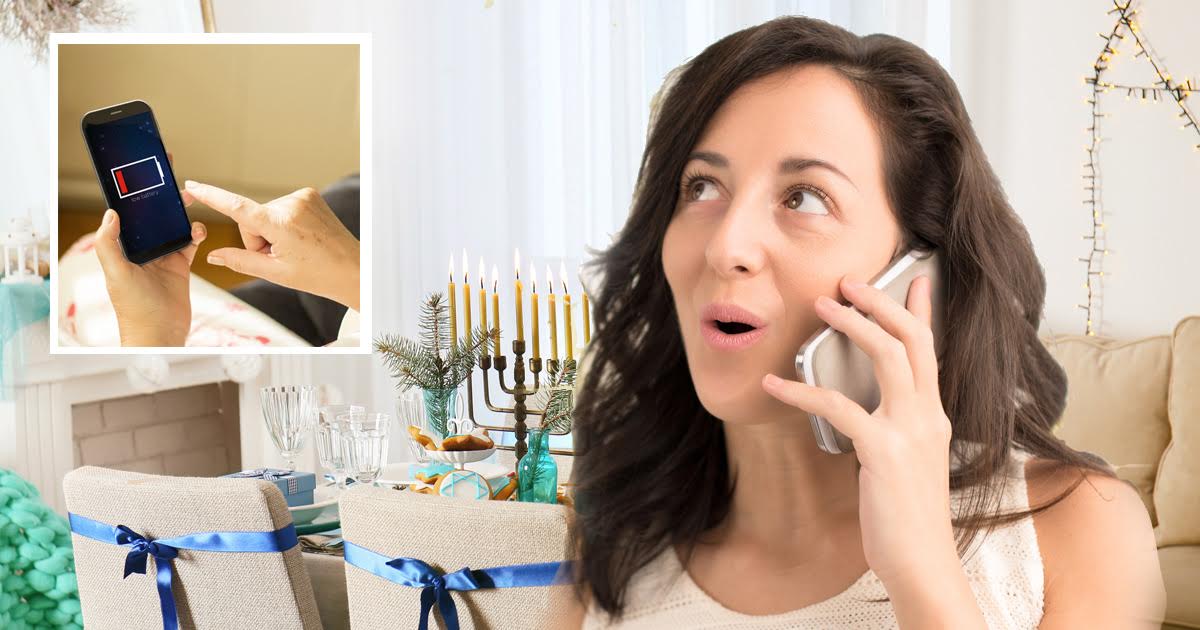 TUCSON, Ariz. — Local woman Sarah Abott reportedly had a personal “modern day Hanukkah miracle” this past week when, despite only having enough battery to get through one day with her passive aggressive family, her iPhone lasted an astonishing eight days.

“I panicked when I realized I’d forgotten my charger at home. My mom only has a crappy iPhone 3 charger, and my dad still uses a flip phone,” Abott said, recounting her horror. “I wouldn’t have live-tweeted the ridiculously long line at airport security if I knew my battery situation would get so grim.”

But when Abott landed at Tucson International Airport, it became clear she was witnessing an extraordinary phenomenon.

After taking at least 14 selfies in the Uber ride from the airport and going live on Facebook for approximately 47 minutes to describe the “life-changing tamales” her Grandma made in honor of her visit, Abott was stunned to see her beloved iPhone still had power.

“At first, I couldn’t believe what I was seeing,” the serial texter gushed. “I even had enough juice to swipe through all the local dudes on Tinder. It was divine intervention!”

Abott claimed that, throughout her visit home, her beloved iPhone hung on for dear life, withstanding an endless barrage of texts, tweets, and selfies.

“I went out with friends during the week, and every time that low battery alert came up during our group photo sessions, it was like staring death in the face. But, against all odds, we persevered, and it lasted the whole time I was home,” she marveled.

Rene Alvarado, shift supervisor for the Genius Bar at the Tucson Apple Store, was stunned to hear about the miraculous event. “The average person needs to charge their iPhone every 4-5 hours, depending on their usage and current state of boredom. Any iPhone user will tell you, this is completely unheard of for phones, or any of our products, really,” Alvarado said. “Not to be a total downer, but that’s probably never gonna happen again.”

As of press time, Abott was still reeling from her brush with the supernatural. “After this past year, I had nothing left to believe in, but this? This is something. I just feel hopeful for what’s next,” she said, promptly dropping her phone into a puddle on the street.