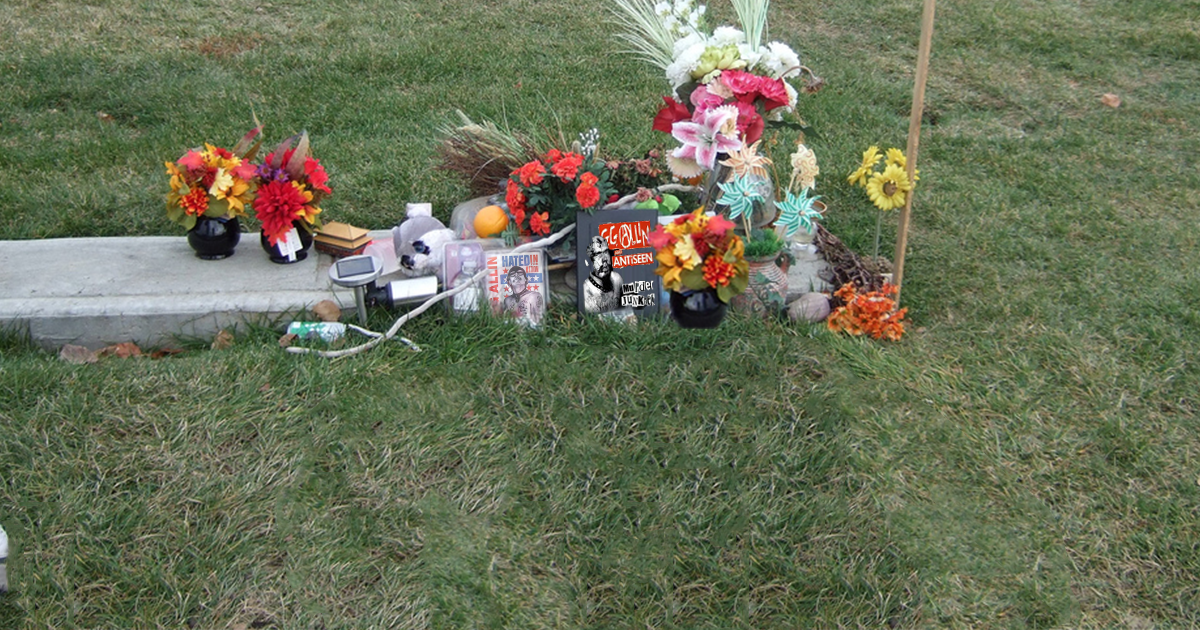 “I passed out near the graveyard and when I woke up I figured I would come and honor my hero by taking a huge dump and pouring the rest of my booze on his grave. But some scumfuck shitcock sullied GG’s grave with a bunch of flowers and shit. But not, like, actual human shit. Like, shit you buy at the mall,” said a man, who introduced himself as Chud. “It looked downright tasteful. Some people have zero respect for the dead.”

Authorities believe a misguided wellwisher visited the famous gravesite overnight, leaving it littered with bouquets of flowers and burning white candles. One visitor, who asked to remain anonymous, was visibly upset about the blatant desecration and disrobed before toppling nearby gravestones.

“This is fucked, man. I left over a dozen dirty needles here as a tribute to GG, but it’s like someone purposefully removed them all!” screamed the fully nude man. “And the bucket of puke I dumped all over his grave is gone. I was collecting that for weeks. WEEKS!”

Allin’s burial site, originally marked by a gravestone knocked over in 2010 and in church storage since, has long been a destination for fans making a pilgrimage. Some believe the missing headstone is to discourage damage to the cemetery by Allin’s fans, but longtime visitors to the gravesite, now marked by a blank marble block, believe it is to further insult the punk icon.

“They took that stone just to shit on a legend! Not literally, of course. They don’t have the balls,” said Chud. “Not like me. I take a shit on GG’s grave every chance I get. I got a big one planned as soon as everyone clears out. We miss you, GG!”

Chud promised to lead the effort to find the flower-and-candle culprit.

“Oh, they’re gonna pay!” he said. “GG’s mother still lives in this town. Can you imagine how disappointed she would be if she saw this shit?”