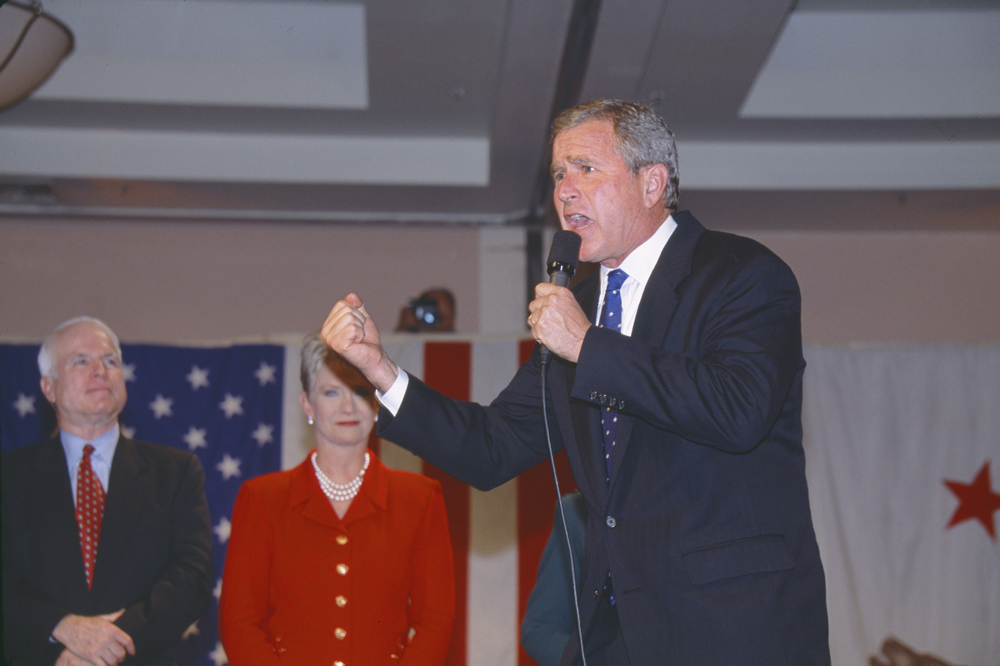 CLEVELAND — In an effort to drum up excitement at this year’s Republican National Convention, George W. Bush’s administration announced it will reunite and play its classic presidency in its entirety.

“I can’t believe they’re getting back together,” New Jersey Governor, Chris Christie said. “I heard it’s gonna be the original line up. The first cabinet, none of this reelection year garbage.”

The lineup will feature all original members including Donald Rumsfeld, Karl Rove, Colin Powell, and John Ashcroft, with producer Dick Cheney working his usual magic behind the scenes. The reunion will be a welcome relief for Trump, who has so far struggled to attract A-list talent to this year’s convention.

Republicans officials were excited to see the classic presidency performed in its entirety after all these years. “I’m so glad they’re playing their earlier stuff,” Speaker of the House Paul Ryan said. “Sure, it was kind of meandering and the speeches didn’t exactly make sense, but it’s an important part of the administration’s roots. I hope they do ‘Working Hard To Put Food On Your Family,’ I love that speech.”

“Plus, it’s important to do something for the old school fans,” Ryan continued. “None of my friends were into them before 9/11, but I was there from the beginning.”

Fans are particularly excited about what many consider to be the administration’s signature work. “Oh dude, I loved the 9/11-era Bush administration. Every speech was better than the last.” Senator Mitch McConnell said. “Everyone was really into them back then. I couldn’t pass a house or car without seeing their flag on it. And the way they got U.S. citizens to give up their rights so easily. Every time I take my shoes off at the airport it reminds me of those glory days.”

Others, though, are weary of how the second half of the presidency will be received. “I hope they’re not doing too much stuff from their Iraq War period,” Christie lamented. “Sure, we all loved it at first, but after a while it got really played out. Eventually, every time that stuff came on TV or the radio people just ignored it.”

“They’re not gonna play any of their later stuff, are they?” asked Party Chairman Reince Priebus, eager to mend party wounds after a divisive primary. “Talk about a weak ending to an administration. Half of the original line up was gone for God’s sake. Condoleezza Rice replacing Powell is like AC/DC trying to replace Bon Scott with Axl Rose — or Brian Johnson.”

Priebus added, “This crowd is going to go off when they see the Reagan hologram.”