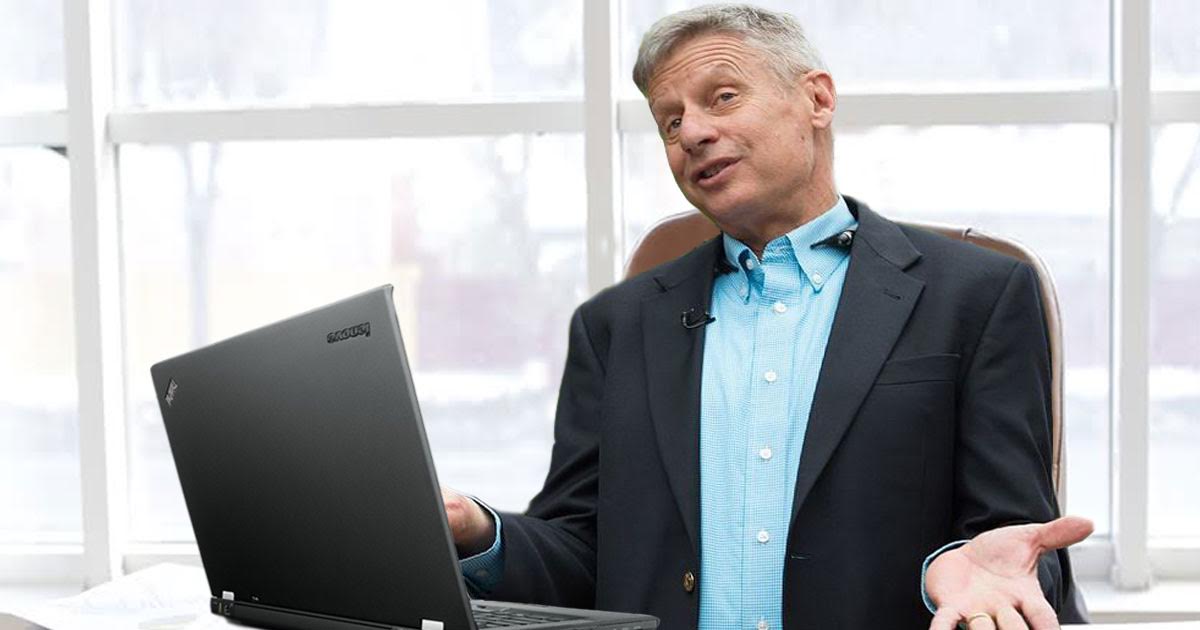 WASHINGTON — The FBI released hundreds of thousands of emails earlier today from U.S. Presidential hopeful Gary Johnson, consisting entirely of questions the Libertarian candidate thought he was typing into Google.

After pouring through nearly a decade’s worth of emails sent to [email protected] with questions such as, “What’s the country that’s shaped like a boot?” and “Is Alepu a sex thing?,” FBI Director James Comey did not recommend any criminal charges.

“These emails show nothing criminal coming from the Johnson campaign. They do, however, show Johnson clearly has no grasp on what is happening in the world and does not understand technology,” said Comey in a letter to Congress. “A lot of the emails even started with the word ‘Siri,’ as if he thought he was using Siri. We soon learned he doesn’t even have an iPhone; he uses a Motorola Razr.”

The emails, from Johnson’s personal email account, were accidentally found by an FBI intern who successfully logged into Johnson’s email with the password “password” while testing the candidate’s IT security. Once opened, the FBI found troves of emails containing no subject and one-sentence questions, including, “Where is my rally?” and “What does IRS stand for?”

Johnson’s running mate, former Massachusetts Governor Bill Weld, claimed he had “absolutely no involvement” in the emails Johnson sent out. “Honestly, he asks me weird questions all the time,” said Gov. Weld. “Last week, he came up to me and asked, ‘Just how big is Russia?’ I have no idea how big Russia is, so I told him to Google it. Then, like, four days later, he came up to me and asked again! I said, ‘Why didn’t you Google it the other day?,’ and he said, ‘They still haven’t gotten back to me.’ I thought he was joking, but now it all makes sense.”

Gary Johnson refused to comment, but the FBI did announce they have collected hundreds more emails from Johnson’s account with questions like, “How do I Google?”

At press time, Johnson sent out a tweet to his 378,000 followers, reading, “Siri is Gary Johnson going to be OK?”