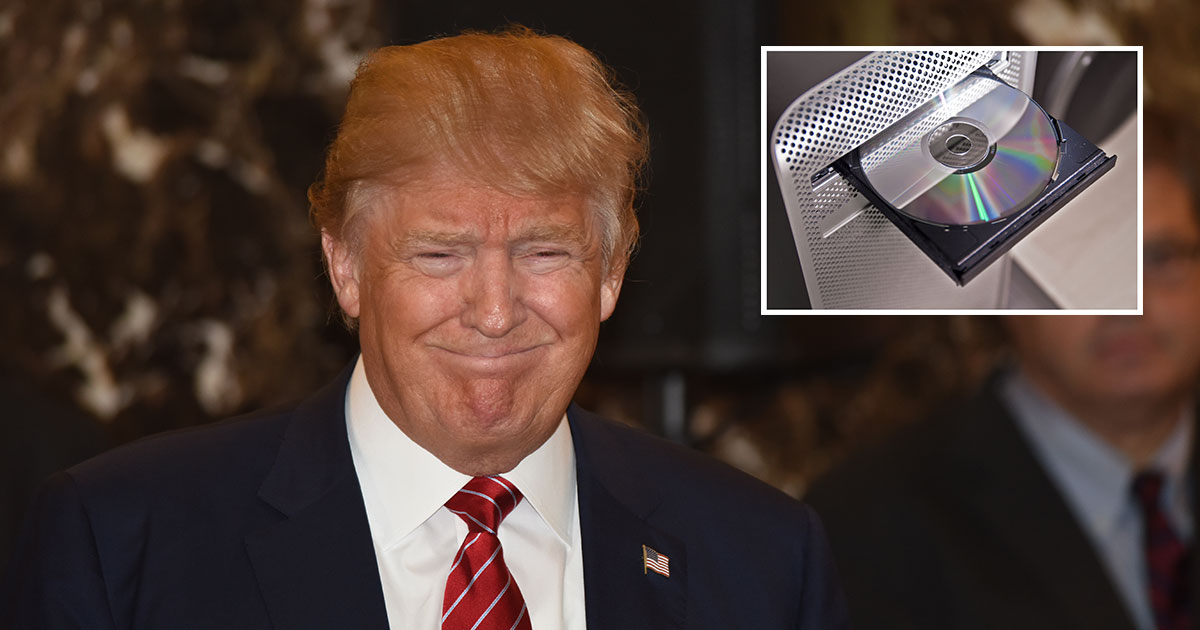 “Have confirmed Billy Hackett of Louisville KY illegally burned several CDs. Shame on you Billy! Big trouble!” read the tweet. While Trump didn’t clarify any potential punishment details, a follow-up tweet insisted that it would be “huge,” and that “Alec Baldwin is a loser.”

William Logan Hackett, 16, flaunted the bootleg discs he made in copying several albums from his older brother’s prized music collection, which remains in strict alphabetical order despite his brother being away at college.

“I scraped enough money together this summer to buy a car,” said Hackett. “Best I could afford was this busted-ass Focus with a CD player. My brother would kill me if any of his music got stolen, so this was my only option. I do not regret burning these CDs. I feel it is my right as an American.”

In order to escape the monotony of terrestrial radio, Hackett starting burning CDs after a co-worker recommended he look into the antiquated practice of music piracy. After a YouTube tutorial viewing and an Amazon Prime purchase of blank CD-R discs, the plan was complete — a plan that may spell serious consequences for the young metal lover.

“Our administration will not stand for this,” said Trump at a press conference earlier today. “A CD represents everything a band has worked to achieve, and to burn it is to insult that, OK? I am going to open up the copyright laws, so when people deliberately burn CDs, we can punish. Perhaps revoking their citizenship or something else that is unconstitutional.”

As of press time, William’s father, Lawrence Hackett, hadn’t heard more about a specific punishment for his son, and was reportedly confused by the situation altogether.

“Listen — I had the boy burn my Nugent off of the internet, so I can’t really say too much. There’s a lot of stuff I’m more worried about when it comes to my son,” he said, becoming slightly more concerned. “But Trump has threatened some real consequences… like loss of stereo privileges. How can he possibly enforce that?”