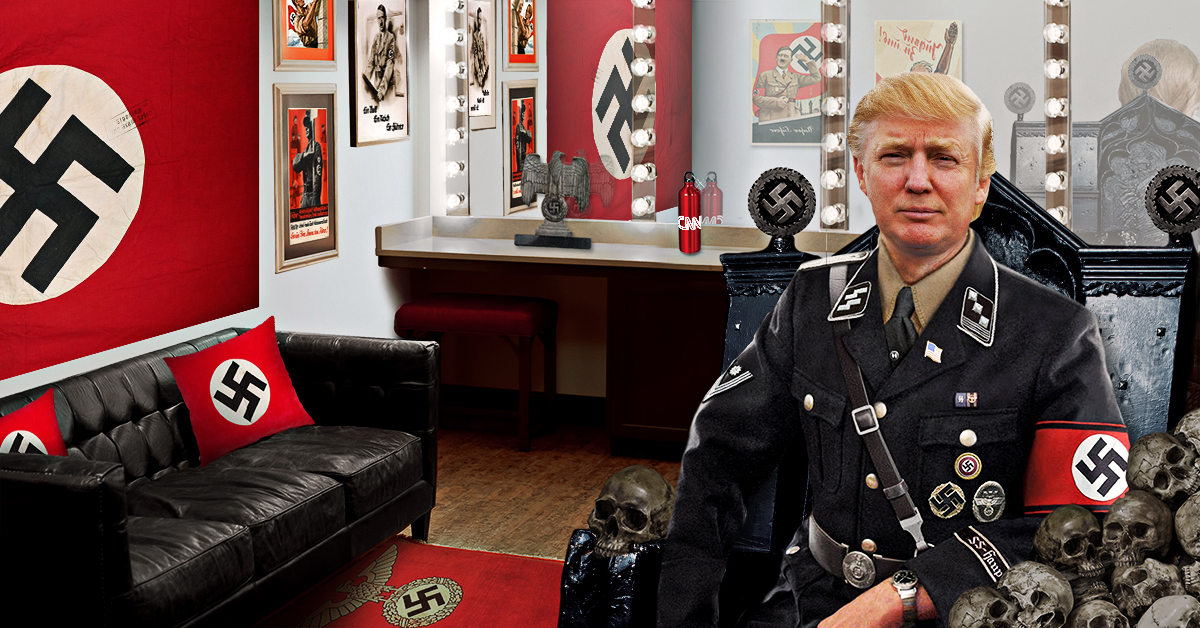 HOUSTON — Republican presidential front-runner Donald Trump relaxed in his green room before the CNN Republican National Debate tonight, surrounded by friends, family, and a few personal furnishings that make him feel comfortable away from home.

“The thing about Donald is that he is so cool and comfortable under pressure, he just owns the situation,” Corey Lewandowski, Trump’s national campaign manager, said. “This is his world. This is his environment. He belongs here, and everytime he gets up there to talk he proves it.”

The personal effects were reportedly shipped in at the shared expense of CNN and Mexico after a single phone call by Trump, according to a sketchy source who kept telling the Hard Times to “check out the first Skrewdriver record.”

Trump, for his part, seemed ready for the night.

“You know I’m not a politician, but we’ve asked people — the smartest, most respected people — and they all say I won the last debate and will probably win the rest of these things, too. So, with that knowledge and my personal effects, I feel comfortable with my surroundings now,” Trump said, his medals jingling off of his uniform.

“I didn’t always do this stuff — I was building a great company,” Trump continued from upon his Throne of Pain and Suffering. “It was hard at first, but I finally came up with a solution. I’m like, really smart, OK? I come from a smart family, but we win in every category. Smart people, not-so-smart people, the poorly educated, whatever Ben Carson is — we win them all.”

As a TV crew put makeup on Trump, who will stand center stage tonight and generate ratings usually unheard of for presidential debates, he pulled out his phone and Tweeted to his millions of loyal followers.