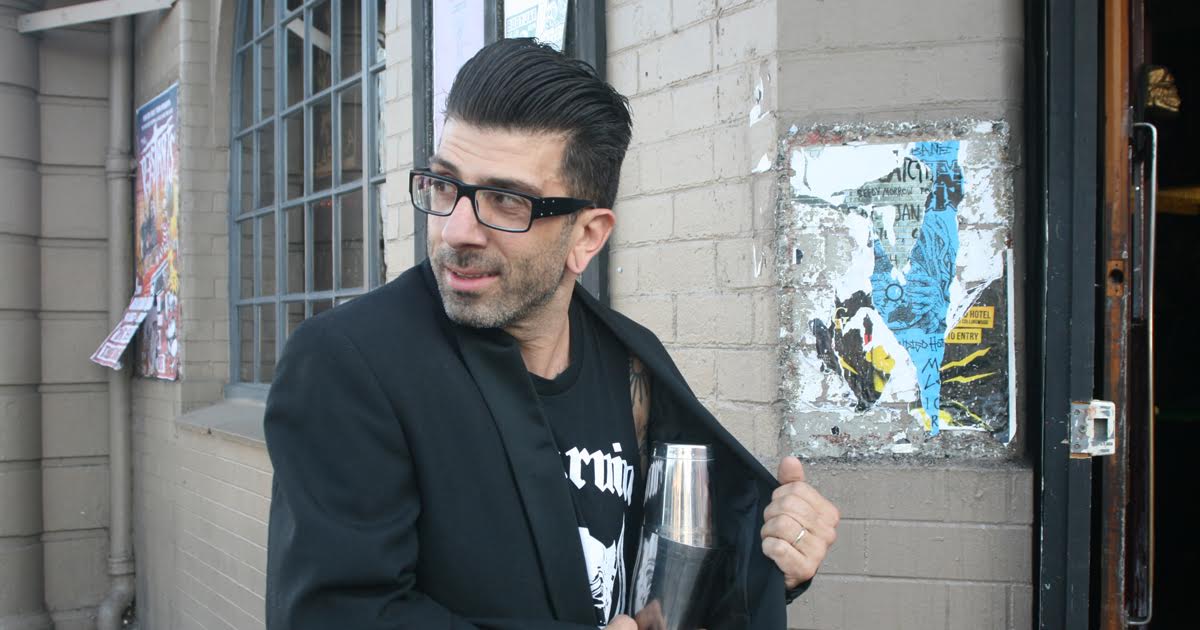 PHILADELPHIA — Dapper punk Theo Mahan’s preference for high-class mixed drinks has inspired a sophisticated smuggling operation for crafting in-show cocktails, according to sources inside the venue.

Mahan, a 26-year-old regular of the local hardcore scene, admitted he’s snuck ornate mixed drinks into dilapidated music venues all over the city.

“On any given night, I’ll usually have gin, scotch, both dry and sweet vermouth, and sometimes Campari, in case I want a negroni,” said the well-dressed young man. “Most all ages shows have a “no drinking” policy, but a man of my character likes to enjoy a stiff drink while watching hardcore bands.”

Mahan claimed he’s brought concealed alcohol into venues since the age of 16. The home-styled mixologist admitted he originally relied on nothing more than a flask full of generic vodka, but that all changed when his grandfather — a patent lawyer — died and left him a considerable inheritance.

“I’ve started wearing three-piece suits and drinking the finer things. I still go to shows, though, since those kids are my only friends,” he said. “The only real change is that now people keep asking if I’m in a ska band.”

Even shows with full bars struggle to serve the drinks to which Mahan has become accustomed. “For instance, not one of these venue bars have the ingredients for a bellini,” he said. “Once, I ordered an old fashioned and just got whiskey and sprite in return.”

The smuggling operation, he insisted, is “as intricate as it is necessary,” making full use of every suit pocket. Larger items, like cocktail shakers, get strapped to the interior of Mahan’s thigh, as bouncers are unlikely to question a firm object in that area. Mahan also relies on the help of his associates.

“I’ve known Theo since we were in diapers,” said longtime friend Juniper Bernoulli. “I’ll help him out, but sometimes it goes too far. For the last three weekends, he’s asked me to wear a fake pregnancy belly filled with ice for his martini. Once it leaked, I was done.”

Most club managers are generally aware of Mahan’s exploits. One owner, who requested anonymity, admitted they’re willing to overlook his actions so long as his more refined tastes do not lead him to challenge the venue to meet health and safety codes.