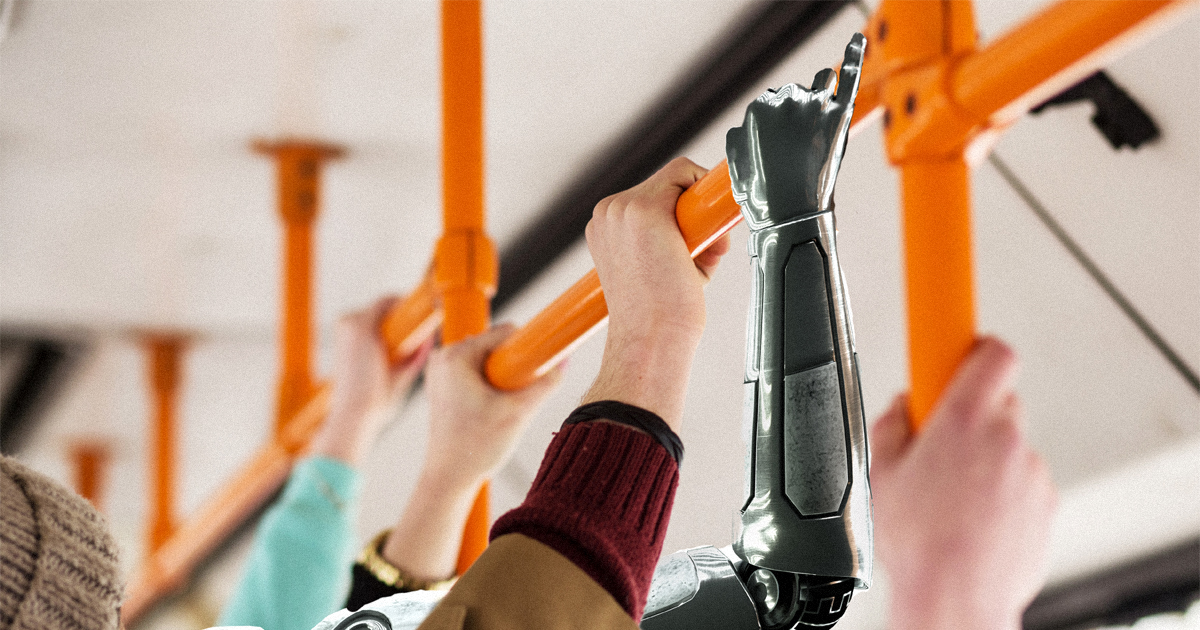 WASHINGTON — The Department of Transportation issued a statement today warning those traveling within the D.C. area to expect delays and account for an unprecedented number of time travelers descending upon the city looking to stop the inauguration of President Donald Trump.

“We have reason to believe that there will be millions of extra people and other human-like beings traveling through time to warn us about the dangers of swearing in Donald Trump,” Transit official Shyeta Salas said. “And many will be riding the bus, so please plan accordingly.”

Time travelers may also not understand the normal flow of traffic, as their desert-roaming clans have never been in a city that wasn’t walled in by burnt out cars with spikes sticking out of the windows, sources confirm. “We expect parking to be a nightmare and we’re not really sure how much space we’ll need for hover-boards, DeLoreans, and the bionic camel-like creatures some of these people are riding,” the statement continued. “We were not prepared for this type of event, but we are definitely predicting even more hollow-eyed and lifeless passengers than we normally see on public transportation.”

Local officials advise commuters to pack light and be aware that storage space on public transit may be limited due to the presence of extra passengers, cyborgs, robots, and their time-traveling devices.

“I’ve seen the future and it doesn’t look good,” one time traveler who goes by the bar code number 889-7635 said. “Our healthcare system is just rations of Sunny Delight, Trump Television replaced our education system, and we use pop tabs as currency. I know it seemed kinda cool at the time that this guy ‘wasn’t a politician’ but these identification arm bands cut off your circulation and rations are always running low.”

One time-traveler had other motives for the trip.

“I voted for Trump in 2016 and for the last six terms of his holy rule,” the supporter, wearing a hologram of a red hat with the words “Keep Water Rations Luxurious” on it, said. “But I’m mostly just here to see the amazing 3 Doors Down. In our world “Kryptonite” is both the national anthem and the stuff that comes out of the faucets.”

CORRECTION: A previous version of this article had a typo in the headline. We apologize for the unpresidented mistake.