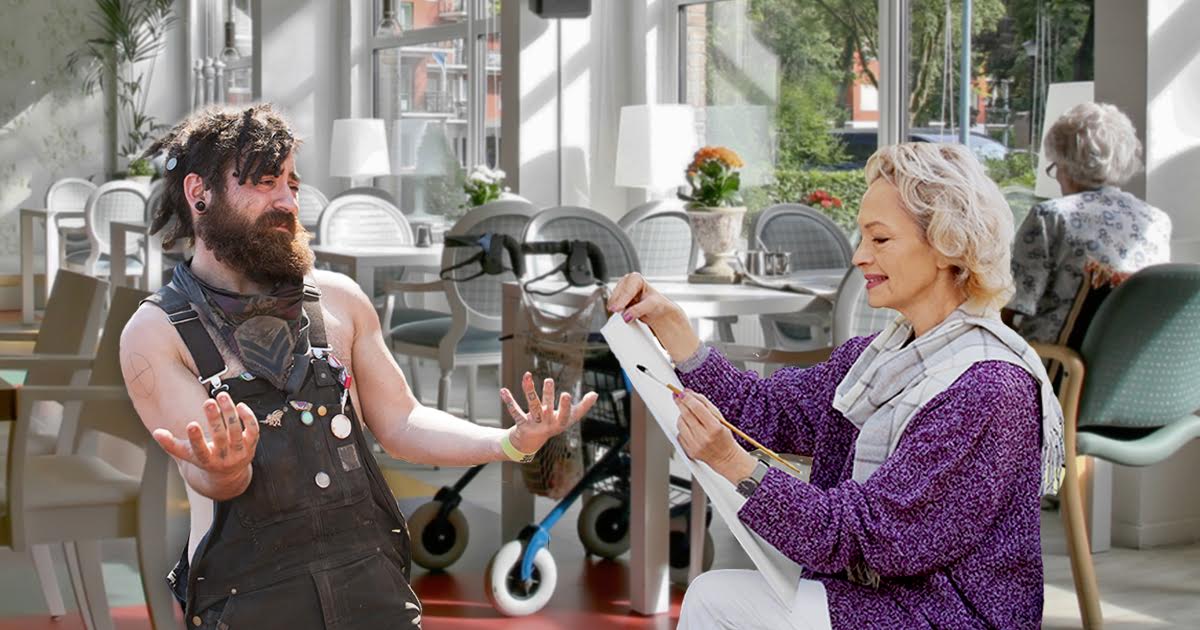 BOULDER, Colo. — Local crustie Dylan Waters was asked to hold his pose for “just a little bit longer” while a portrait artist added the finishing touches on the many stink lines required to successfully capture his “essence,” according to witnesses.

The portrait, a 48” x 36” oil painting on stretched canvas, was commissioned to 78-year-old retired kindergarten teacher Georgina Harmon, a novice Waters met while attempting to steal dairy crates from behind a nearby senior center earlier this month.

“In my classes at the center, we do mostly landscapes, so it was a real gem of an opportunity to practice my skills,” Harmon said. “Plus, my youngest grandson, Joshie, dresses like a rocker, too, so I really connected with the subject matter!”

Depicting Waters in a session lasting nearly six hours, Harmon fared well until hitting a creative block a little over halfway through the process. She confirmed that, after much consideration, her choice to implement symbolism provided the details necessary to capture Waters’ likeness.

“Well, I used the stink lines to represent how much this boy truly stinks. It really is something fierce, I must tell you,” Harmon said. “He smells very bad, as do his clothes, backpack, and his dog, and I think the little wiggly marks emanating from every inch of his body convey that to the viewer. To paint him without the lines is to deny how truly awful the stench really is.”

Despite the time and endurance required to complete the piece, Waters was pleased with the final product.

“Yeah, I’d say overall I’m happy with it,” Waters said. “I’m not sure why she needed me to stand there for that last hour just to add some stink lines, but, hey — she gave me $20 after, so who am I to challenge an artist’s vision?”

In addition to the monetary compensation, Waters was gifted with the finished piece to take home. “He mentioned his mom’s birthday was coming up. I know I would be just absolutely tickled to get a gift like that from my son,” said Harmon.

At press time, Waters was overheard attempting to sell the piece to his mother, Irene, dropping his asking price of $100 down to $40.