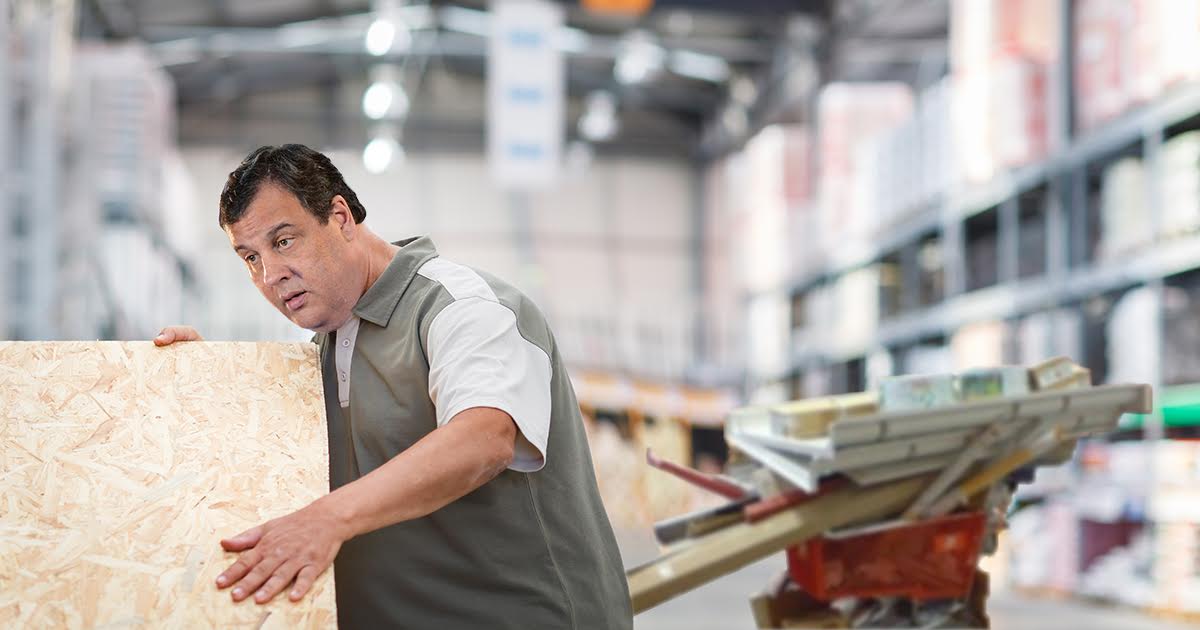 WASHINGTON — Eager to get back into the good graces of President-elect Donald J. Trump, New Jersey Governor Chris Christie spent the day combing the aisles of a Bethesda, Md. Home Depot for supplies to build the 1,900 mile U.S.-Mexico border wall Trump promised during his campaign, according to multiple sources.

“Oh man, Mr. Trump’s going to be so happy when he sees all the stuff I get. I’m definitely getting a cabinet position out of this,” the sycophantic governor crowed while checking the prices on rebar.

“This is really pretty cool,” Christie added. “Mike [Pence} told me this a really important job — he wants that wall started ASAP. Plenty of cargo space in the old Suburban.”

Christie, who ran against the incoming President and later bet his political future on a Trump victory, suddenly found himself outside of Trump’s core advisors again following a transition team shakeup.

“That’s OK… nothing ol’ Chris can’t handle. I’m a survivor. Wait ‘til they see how much money I saved on this Quikrete with my membership card. Balancing the budget already!” the sweating Christie gasped, heaving several bags onto a dolly.

Experts speculate Christie’s push to the fringes of Trump’s inner circle came at the hands of Jared Kushner, whose father, Charles, Christie once helped prosecute. While he admitted he had expected to head up the transition, Christie said he was equally happy selecting 2x4s and testing posthole diggers. “I know Mr. Trump won’t forget about me,” Christie said. “He’s the best boss. A terrific boss. He’s going to make us great.”

“He’s lucky he’s not the White House dog yet,” one transition team insider said, on the condition of anonymity. “Jared’s been waiting a decade for this, and now he’s got the chance to eviscerate that fucker. He’s already got a list of CIA black sites that still do waterboarding.”

The oblivious Christie remained enthusiastic in his new role. “They told they might need me down at the border to supervise the work personally,” he said gleefully. “Might even do some myself — pretty cool! Joining this campaign was definitely the best decision of my life.”

At press time, Christie was undergoing a tutorial on miter joints at a free, weekly workshop.