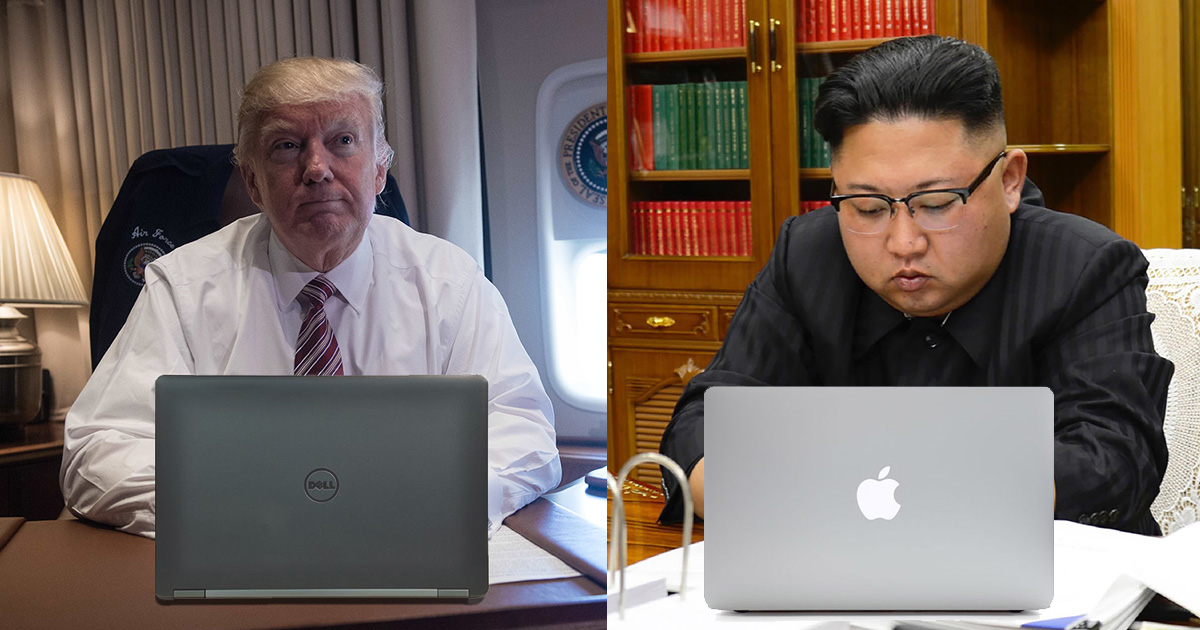 “I can’t believe this is actually happening,” Trump said. “We’ve had a lot of fun joking with each other over Twitter the past couple years. One time I called him ‘little rocket man,’ and then he called me his daughter or whatever Chinese shit… it’s been great LOL.”

“But it’s totally different meeting somebody in person,” he added. “I really don’t know him much at all — what if he ends up being a total creeper?”

At press time, Trump was seen running down across Entrance Hall to stop and ask staffers if a red tie seemed “too bold” even though the blue one “doesn’t really make my eyes pop.”