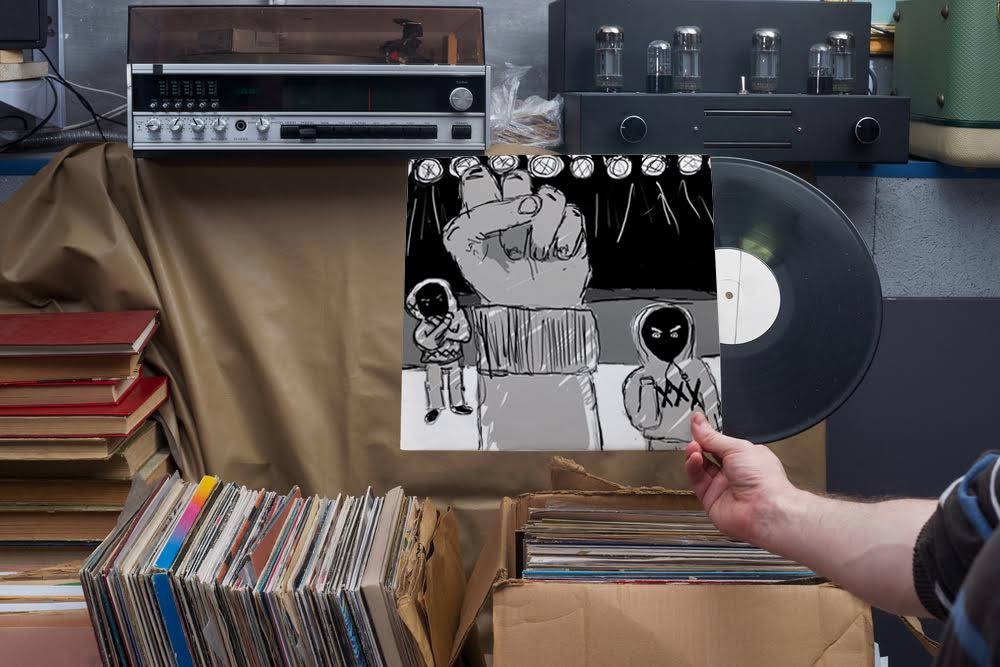 BROOKLYN – After receiving what they thought was a “hook up” from an artistically inclined friend, straight edge locals Lethal Injexion have been left scrambling to deal with album art that was clearly phoned in.

The band had just finished recording a new EP and commissioned artist friend Jared Acosta to do the cover art, but Acosta reportedly handed in the perfunctory artwork mere minutes before its printing deadline.

“I just can’t believe it,” said Lethal Injexion frontman Clint Bowden. “Jared is in college for an MFA and this is what he’s giving us? This looks like a fifth grader made it in Microsoft Paint.”

“Jared was my friend,” added the 22-year-old singer. “Well, he was my ex-girlfriend’s ex-best friend’s brother. But she vouched for him, you know?”

Bowden was worried that the cover art, which there was no time to redo before the album pressing, will negatively impact perception of his band: “We asked him to draw traditional Mosh Demons standing hard as fuck. These guys look like playful Mosh Imps at best. How can we expect listeners to take the raw, thought-provoking straight edge lyrics of our songs like ‘Edge Forever’ and ‘Waste of Breath’ seriously with this bullshit artwork?”

For Lethal Injexion, a bad cover was the least of their worries. Bowden reported that Acosta, who did not respond to requests for an interview, recently sent the band an invoice for the totally half-assed image — something he originally agreed to do for free. Bowden explained, “[Acosta] just invoiced me on Venmo. He found out we’re charging $5 for our album release show and apparently wants a piece. Does he know he lives in New York? We’re freaking losing money on this show already.”

As a last ditch effort, the frontman was considering replacing the physical copies of the album artwork with bathroom graffiti from the bar he works at: “Maybe it’ll be edgy. I’m really grasping at straws here. Oh! Or maybe just a picture of straws? Fuck.”

At press time, the band was still waiting to hear back from their photographer friend about those promotional photos she promised them.