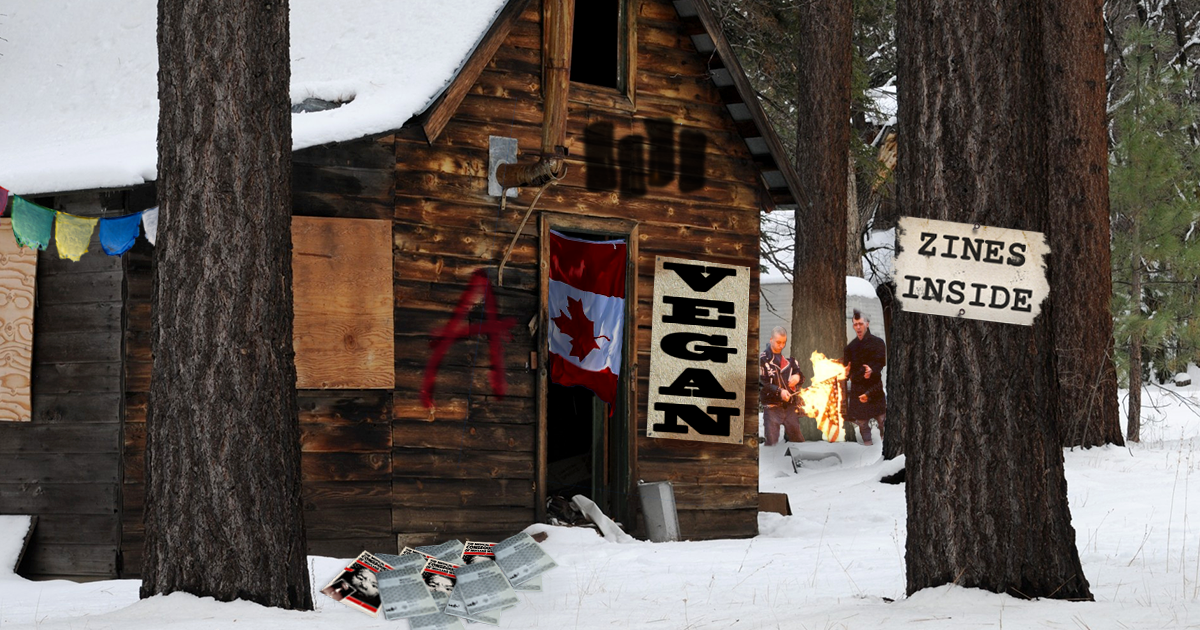 YUKON TERRITORY – The ’90s hardcore scene, which was assumed to have vanished during the blizzard of ’93, was found alive and well earlier this week in an isolated Canadian town, according to a recently published paper.

“This discovery redefines the very notions of D.I.Y. and independent music scenes,” said Claude Leblanc, the leader of the hardcore anthropologist team that uncovered the town. “The music these people were creating have the trademark heavy breakdowns of the early 90s and everyone in the small town was wearing comically oversized clothing.”

Acting on a rumor, work began by gathering clues from zines and flyers from late 1992, which were cross-referenced with storm data to approximate a location. The team then set foot on an ambitious expedition into the Yukon Territory, though Leblanc refused to disclose the exact location in order to protect the scene’s integrity.

“It was truly amazing,” said one researcher speaking on the level of cultural preservation. “It was like a time capsule — the flyers were actually made with cut-out letters, hardliners staffed animal-rights tables at every show, and D.I.Y. zine sales continued to grow.”

However, the team’s surprise doubled when they realized the scene had developed its own unique idiosyncrasies, most notably, “a highly-technical tribal dance that has largely supplanted traditional moshing.”

“We compared it to Sick Of It All’s ‘Step Down’ video, the authoritative handbook of mosh moves from the era, and what we witnessed was entirely novel,” said Leblanc. “Instead of throwing punches these were a series of synchronous stomps, spins, and flutters, dynamically adjusted according to tempo.”

Data shows the scene also maintains a strict social hierarchy, with one Scene Elder wearing an elaborate costume composed of many layers of band t-shirts.

“It was quite possible the shirts were simply worn because it was -30 degrees Celsius outside,” said Leblanc. “But it was beautiful nonetheless, and they could clean up if they sold some of those shirts on eBay.”

When asked for similarities between the antiquated, preserved scene and modern hardcore, Leblanc was quick to point out common elements that remain.

“Despite their live shows being listed with 8:00 p.m. start times, inexplicable delays of up to three hours were typical,” he said. “Which is consistent with the experience at modern hardcore venues.”

The team’s complete findings can be read in the December issue of the Journal of Hardcore Studies, which is expected to send ripples through the tiny, mostly ignored academic community.