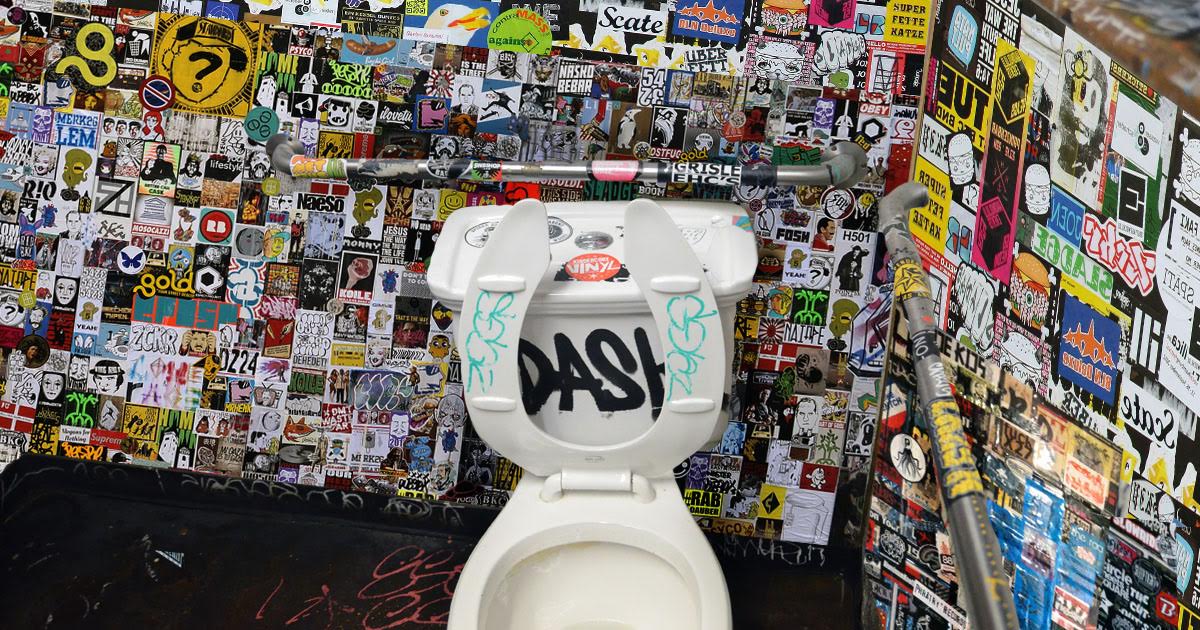 PHILADELPHIA — A recent appraisal of soon-to-be-closed bar and venue Jasmine’s Lounge attributed nearly all of the dilapidated building’s value to the collection of stickers coating the walls of its restrooms, according to city property assessors.

“Our bathroom could pretty much be a museum,” said owner Gerald Flinn. “My great-grandmother opened this place over 80 years ago. People started putting [stickers] up in the bathroom right away — not a single sticker has ever been removed.”

“We don’t buff the tags either,” he added.

The historic restroom is coated with vintage stickers and decals ranging from bands like The Clash and The Kinks, to politically-charged Shepard Fairey artwork, to wheatpaste fliers for a Michael Dukakis fundraiser.

“My grandmother went to her grave claiming there were even some original Avery labels back there,” added Flinn, referring to a type of self-adhesive label — considered by many to be the world’s first stickers — invented by R. Stanton Avery in 1935.

The sticker mass, by latest estimates, is over 3.5 inches thick in parts, shrinking the usable bathroom area below what city regulations allow. “Unfortunately, the bathroom is no longer considered wheelchair accessible because of the sticker growth,” said Flinn. “That really hurt us.”

The news of Jasmine’s Lounge’s sticker wealth surprised many longtime patrons. “Well, I guess something here had to be worth something,” said customer and musician Anna Jackson. “It certainly wasn’t going to be the stage area: broken boards, exposed nails… there’s a feral cat that lives inside the monitor.”

But dreary conditions have not detracted the interest of cultural researchers. William Orlov, Professor of Anthropology at Temple University, believes the mass of stickers may unlock the answers to decades of questions.

“As climate scientists might drill into layers of undisturbed Antarctic ice to see into the past, so might we music historians like to take a cross section of that wall,” said Orlov. “We could finally know what punks of the ’70s were into, for instance!”

“Many of those punks are still alive, but they’re not especially lucid,” he later clarified.

Though the search for a buyer is still underway, Gerald Flinn is already seeking plans for removing the thick cluster of bathroom stickers from the establishment. “I’m not sure we can remove them without destroying the building,” said Flinn. “They might be load-bearing.”