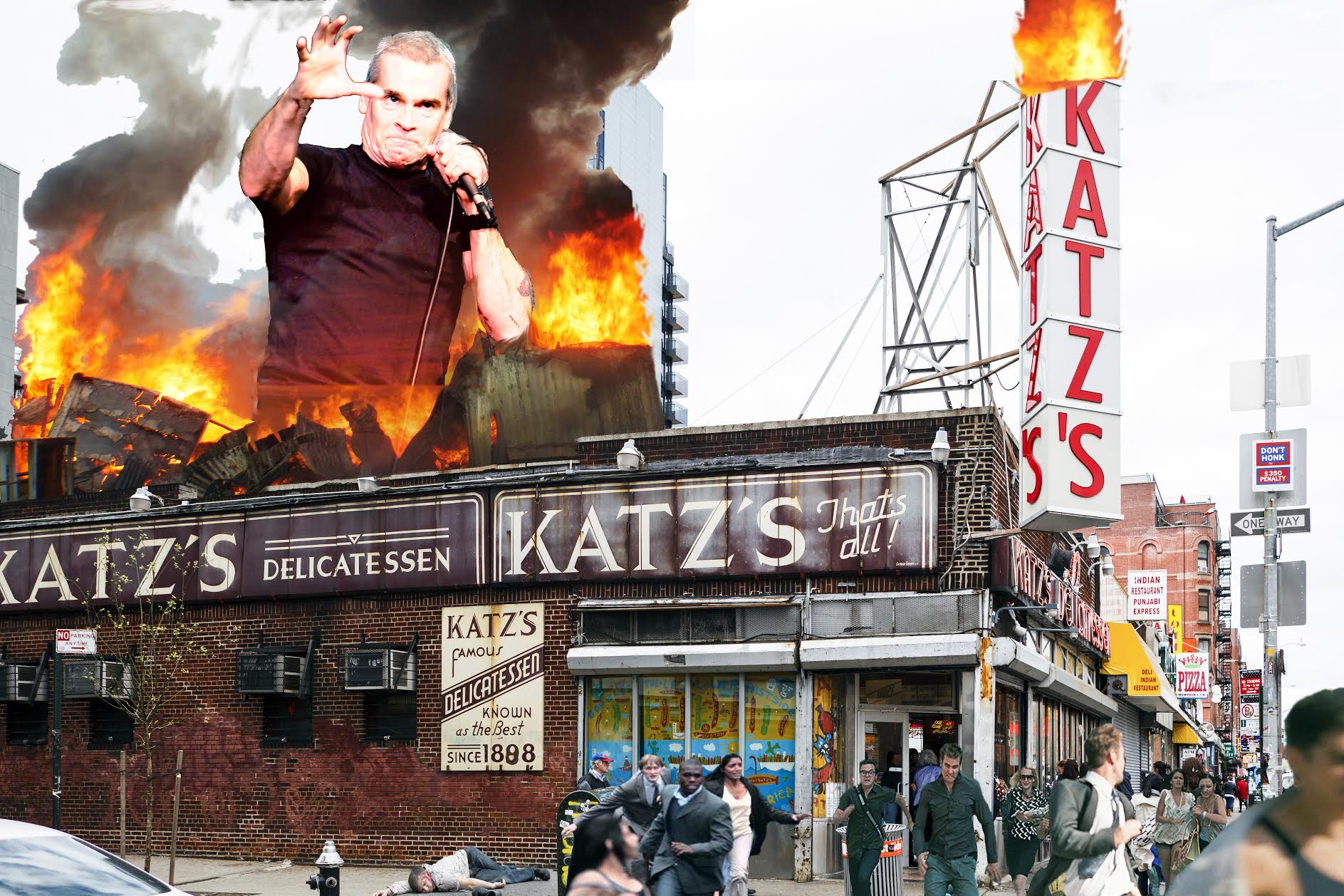 NEW YORK – A 50-foot-tall Henry Rollins rampaged through the streets of Manhattan’s Lower East Side yesterday, destroying everything in its path without mercy.

Fans of hardcore punk icon Henry Rollins were shocked when a massive poster featuring the former Black Flag frontman endorsing Calvin Klein appeared on the side of a Manhattan building. What many took as an affront to hardcore punk’s anti-establishment ideals turned out to be a warning of something far more disastrous to come.

According to social media reports, the towering mass of muscle and unresolved rage bellowed, “I am a fanatic in my Calvins!” before smashing the John Varvatos store where famed punk club CBGBs once stood, as horrified tourists ran for cover.

“I couldn’t believe it when I saw Henry up on that billboard,” said New York City punk Lester Simion. “I thought it couldn’t get any worse. But then today, I heard a series of explosions and see a huge Henry Rollins towering above my block spouting gimmicky marketing nonsense about jeans and underwear. All I could think was, ‘Run!’ It was worse than his spoken word stuff. I had to get away.”

Rollins destroyed the studio where Simion’s band practices with a swift, snakelike thrust of his pelvis, then continued his path of destruction onward toward Tompkins Square Park.

Mikey Knuckles, a local crust punk, described the gigantic Rollins’s willingness to do whatever he felt like without a care for anyone else as “punk as fuck,” although his opinion is that of the minority.

By the time Rollins was subdued with rare jazz cassette tapes and an offer from Monster Jam’s president to be the official spokesperson of their upcoming demolition derby tour, the Lower East Side was unrecognizable to those who have called it home for decades.

“The damage done is irreversible,” said Drew Stone, a local film maker and member of NYHC band Antidote. “How could he do this to us? Destroying everything we fought so hard to build. Black Flag meant a lot to our history, our identity, but after this, how can we forgive him? They are probably just going to rebuild everything into a bunch of damn condos.”