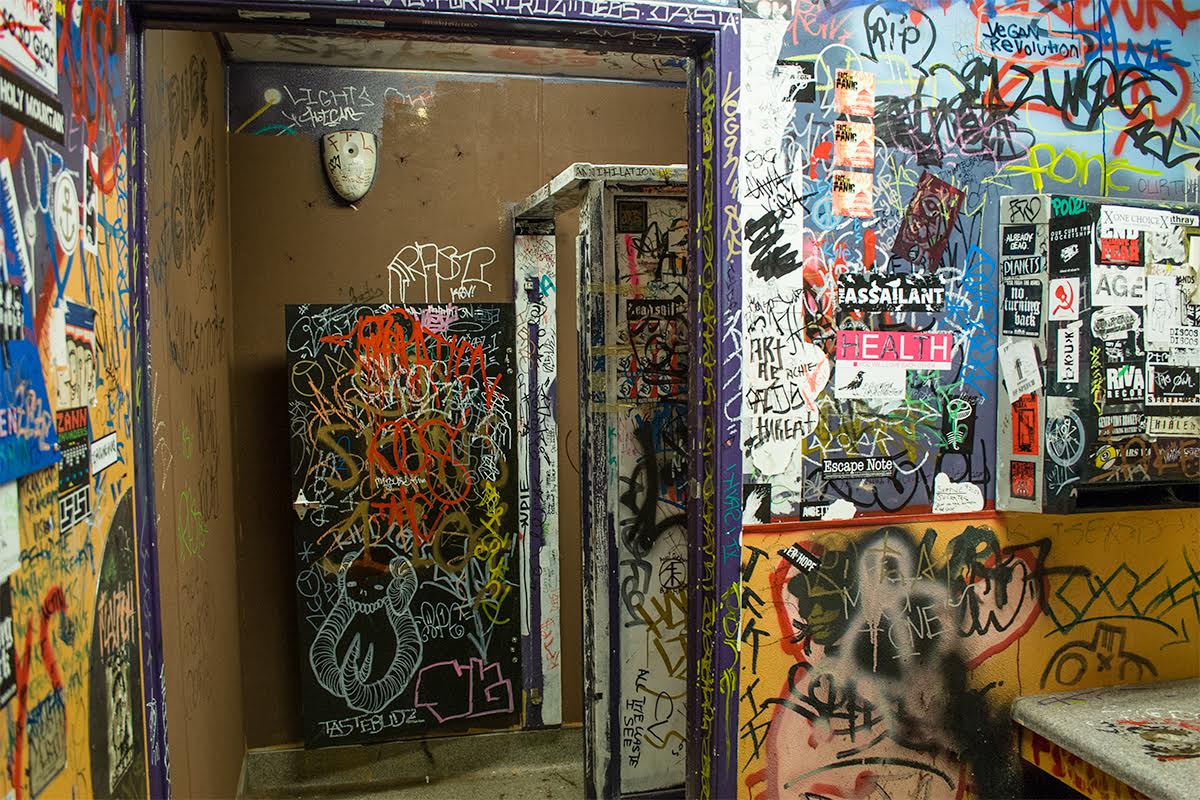 ASHEVILLE, NC — Local punk venue The Dirkfoot is at the center of a public health crisis origin story after a routine health inspection revealed the legendary club to be “ground zero” for the terrifying Zika virus in the U.S..

“Don’t let the missing toilet seats fool you — this place is filthy,” said Alfred Whitman, chief inspector for the North Carolina Department of Health and Human Services, in public remarks.

It was Whitman who made the discovery during a routine sanitation inspection.  “We normally let a place like this choose its own score,”  Whitman said.  “They’re usually pretty honest, and besides this place is run by some sketchy crew called the Madhouse Roaddawg Blood Boys 2XL. I don’t want to piss those dudes off over some silly viral outbreak that puts the general public in jeopardy, but I still have to file some kind of report.”

“The Dirkfoot staff, when filling out their survey, kept complaining about fevers, joint pain, and terrible rashes,” said Whitman, recalling the moment of discovery. “I’ve already used all of my paid sick leave, so I had to get away from them —  I went to the bathroom to drain the snake, and instantly I realized I had found the source. I called in the Hazmat team and they got to work.”

While nobody could pinpoint how the disease got started, Whitman was not ready to fully blame the often commonplace hygiene issues of a venue like The Dirkfoot. “This place had way more than the typical bodily fluids.  If I had to scrutinize every space that had been the home of DIY piercings, dental floss stitches, and stagnant water, I wouldn’t be able to get my job done.”

Whitman explained, “There must have been some kind of tipping point.  I think there was a pop punk show here the other night with a lot of younger kids.  You know, dozens of runny noses and hundreds of sneezes — none into the crook of an elbow.  That cross-pollination of germs creates a super virus.”  Moving forward, Whitman advises all fans of live music to “just hold it in until you get home or, at the very least, outside.”

The Dirkfoot received a B+ on their final sanitation score.