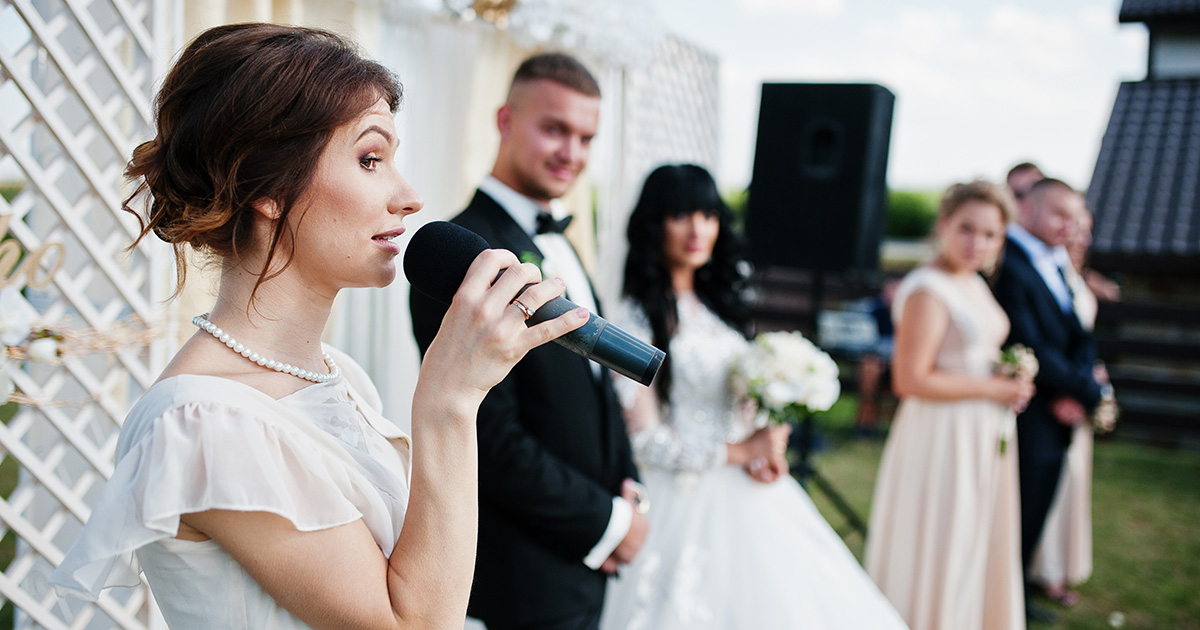 “Weddings are celebrations where families come together, and I couldn’t think of a better way to start a new Kauffman dynasty than with everybody doin’ a feature on my vows foreva’,” said the Kauffman from an unprompted, poorly posed b-boy stance. “Besides, why have a hype man when you have a whole hype clan, man? Damn!”

Maid of honor Erin Urbanski was thrilled with the breaks from wedding tradition.

“I had no idea my family could bring the ruckus so hard,” Urbanski beamed between sips from her champagne flute. “It got weird when Grandpa freestyled some racist stuff about BLM and QAnon instead of talking about his granddaughter’s wedding, but his flow was so raw. I really didn’t want to like it, but I couldn’t help it — I mean, everybody was nodding along so hard. Is every Jewish wedding this cool?”

“That goyim disrespected his family at the rehearsal dinner when he got seconds on chow mein without waiting for everyone else to finish their potstickers,” an incredulous Menkowitz shouted while attempting to drown his rival in a punch bowl of egg drop soup. “But pointing to me and rapping, ‘No response while I bomb your wife’s ass, you ain’t shit, your wack-ass rhymes are filled with gas’ during my nephew’s wedding was the last straw. Honor must be restored to this ceremony! Protect ya neck, Troy!”

The wedding party later retired to play PS2 games in the Knights of Columbus reception hall while Carson’s demo of “Casey Rules Everything Around Me” blared in the background.