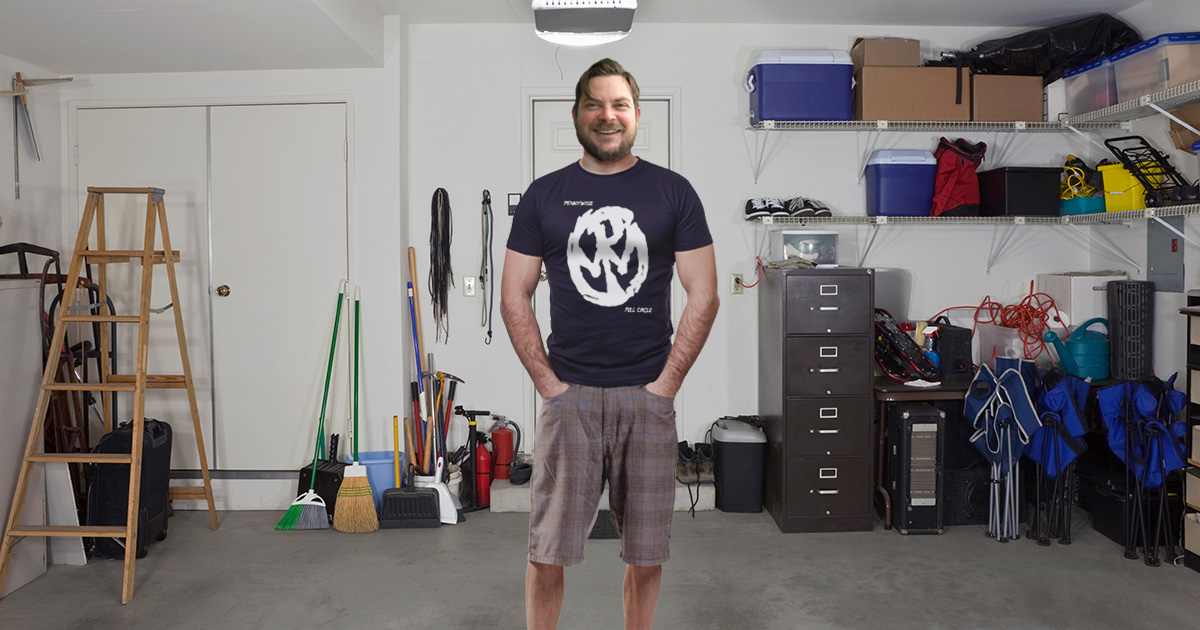 “I’m the last of a dying breed,” said Mullins as he trimmed his goatee into an empty two-liter bottle of Mountain Dew with the top cut off. “Things have changed so much. You wouldn’t believe how often people mistake me for some Blue Lives Matter, right-wing gun nut when I’m the polar opposite. Pennywise has always spoken against violence and oppression and society is too focused on our wallet chains and Oakley sunglasses to remember that. Today’s my day, though. Nobody’s getting in my way. I’m gonna drink milk out the cartoon and I don’t care how pissed my dad gets. FUCK AUTHORITY!”

Friends and fellow Pennywise fans closest to Mullins held a barbecue to help him celebrate.

“Well, none of us are as young as we used to be but we really wanted to help Nate celebrate. I wanted to look good today so I wore my best pair of Globe shoes,” said 68-year-old punk Shaun McMahon. “There’s nothing like a little ‘Bro Hymn’ karaoke to send the mind back to watching the band play over the hot concrete parking lot at Warped Tour ‘96. He was having so much fun. We took countless pictures flipping off the camera.”

Harry Hypothesis, a world-renowned punk scientist, admits he is concerned about Pennywise’s rapidly aging fan base.

“There hasn’t been a new Pennywise fan born in the last four decades,” the scholar stressed. “The specific type of so-cal punk culture the band cultivated could very well die out with Mr. Mullins and that is very troublesome. Despite popular belief, Pennywise inspired a mainstream generation of kids to do cool shit like skateboard through schools, question the police, and helped put Dickies on the map. Our biggest concern is losing the ancient art of the circle pit. As far as we know, if there isn’t another Pennywise fan born into this world to carry the tradition, it could be lost forever.”

At press time, Nate was seen at a record shop making a fuss over the Parental Advisory sticker on a Black Flag album.