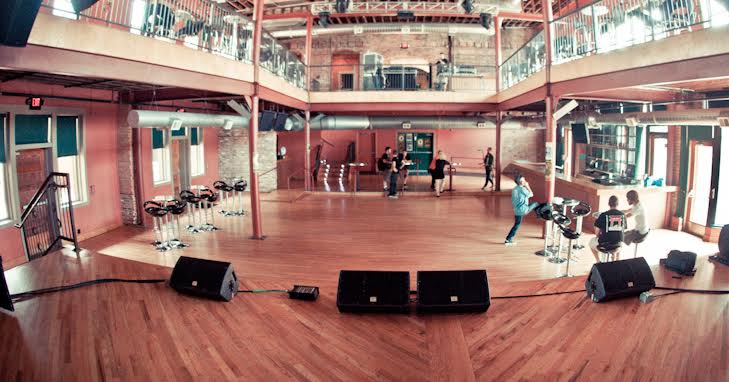 BERKELEY, Calif. – Wednesday night’s show at the UC Theatre headlined by the band Thursday caused mass confusion among would-be audience members, according to venue staff, many of whom showed up a day late to watch the wrong show.

“A lot of people didn’t read past the band name. They thought the show was on Thursday. It’s the band. The band is Thursday. The show was last night, which, as you know, was Wednesday,” said show promoter Bill Paulson. “We refunded a lot of tickets. I think, from now on, we have to make the band names a lot smaller on the flyer, and the show date a lot more prominent.”

Jamie Loftus was one of the Thursday fans who showed up on the wrong day.

“I should’ve read the ticket site more carefully, because I ended up seeing some band called Buena Carlotta — this Spanish language cover band,” said Loftus. “Judging by the crowd, I think a lot of us made the same mistake. I kind of held out hope that Buena Carlotta might cover ‘Understanding In a Car Crash,’ but it never happened. Their trumpet player really seemed excited by the turnout, though, so I guess that’s good.”

Thursday frontman Geoff Rickly confirmed the band has dealt with this issue since its inception.

“We always told promoters to be very careful in how they make their flyers. When we named the band, we thought people would be smart enough to figure it out, but I guess not,” said Rickly. “The worst is when we did the co-headlining tour with Taking Back Sunday, and The Early November opened for us. We played to a lot of empty rooms and lost a lot of money.”

Fans who did go on the correct date reported the show was one of the band’s best of all time.

“This is the first time Thursday has played here in, like, five years, so I was expecting it to be packed, and to be honest, I almost didn’t come,” said longtime Thursday fan Chris Meadows. “But when I showed up, there was no line or anything, and only eight other people total. We had a blast — we all made plans to meet up this weekend for dinner. Can’t wait.”

The Hard Times Shows with be hosting DEAD CROSS at The UC THEATRE in Berkeley, CA on Wednesday August 23rd
PURCHASE TICKETS HERE