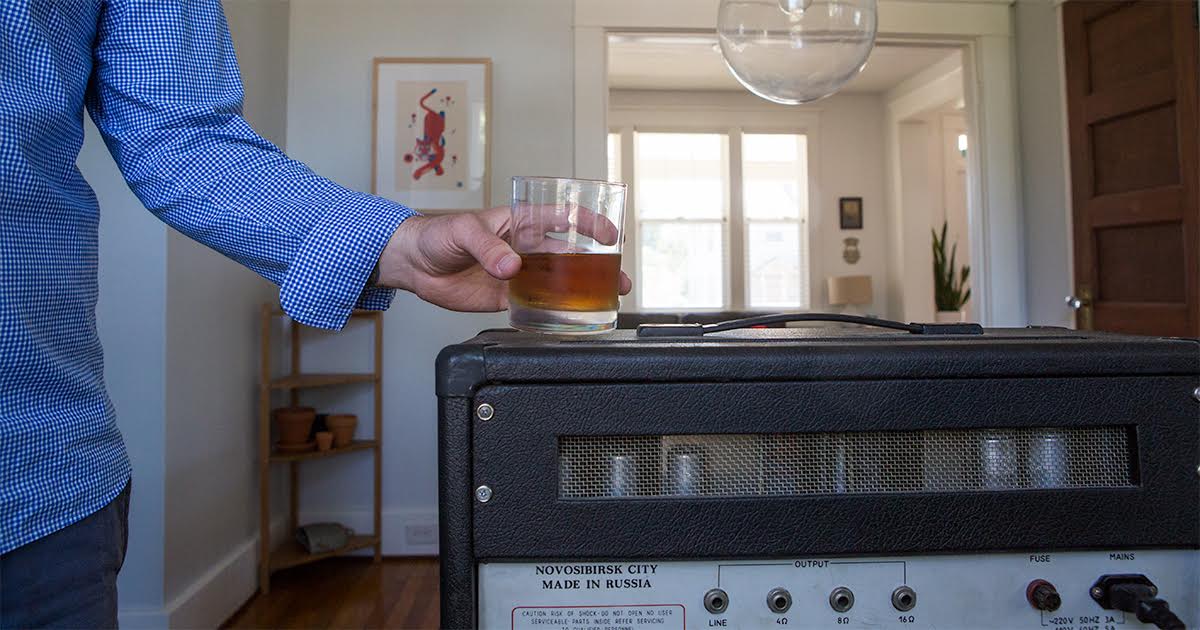 LOS ANGELES — A vintage ’70s-era McIntosh MC2100 tube amplifier, as well as several other priceless pieces of music gear in the residence of Bill Honeycutt, was the perfect place for guests to rest their drinks, according to party sources.

“Oh, I don’t mind it at all,” said the host. “The stereo equipment and vintage musical instruments that I’ve spent my entire adult life collecting cost tens of thousands of dollars — way more than my furniture, in fact. So it’s almost a sign of respect when my friends put a rum and coke or a tub of hummus on top of them.”

Honeycutt’s friends are reportedly pleased with the arrangement.

“Most people get defensive about irreplaceable audio equipment, but not Bill,” said one guest while cutting a watermelon on top of a 1958 Fender Twin. “Which is rad. Nothing holds a frosty pint quite like a real analog tube amp.”

Those in the interior design industry say Honeycutt may be on the precipice of a new trend.

“Filling a space with priceless musical equipment to use as furniture is the height of luxury, sweetheart,” said longtime L.A. designer Stephen Yung. “I often advise my clients to buy one or two original Micromoog synthesizers if they can afford it. That vintage synth decor can tie together any veranda or vestibule.”

Some grew uncomfortable by the disregard for Honeycutt’s equipment at his get-together.

“I saw a guy knock an acoustic guitar off the wall and just scuff the hell out of the neck,” said one source, who requested anonymity. “Then this other dude peed on an Orange half-stack Bill had on display in the hallway. Guy’s lucky it wasn’t plugged in.”

Honeycutt, at the party’s end, claimed to regret nothing.

“When stuff like that happens, it just means folks are having a good time,” said the gracious homeowner. “The only thing that truly disappointed me from last night is that not one single person puked in my hot tub.”