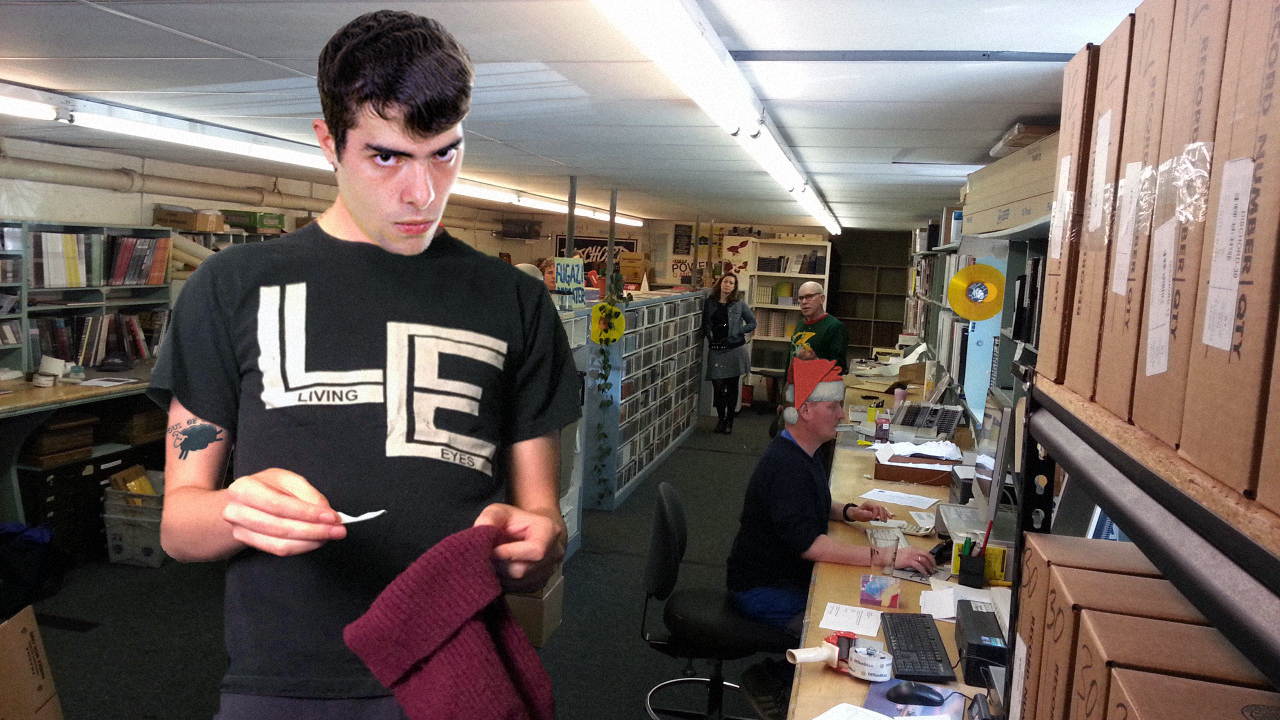 “[MacKaye] is impossible to please,” said a jubilant Kathleen Brower, Interview Coordinator for Dischord Records. “I brought $200 to pay somebody to trade with me just in case I drew his name.”

The iconic record label traditionally keeps a restrictive cost limit of $5 for Secret Santa gifts, by which MacKaye insists that all participants abide, and has been known to shut the office party down if staff members become too rowdy.

“I’m just happy it wasn’t me again this year,” added Becca Martin, the Dischord Senior Demo Director and MacKaye’s 2015 Secret Santa. “Every year, when Ian opens his gift, we all get a big fucking lecture about something.”

“Every year, I’m a nervous wreck during the Secret Santa drawing,” said Sagan Thomas, Executive VP of 7” Sleeve Folding. “I bought him a little sheep stuffed animal one year that looked like the Out of Step sheep, and he snapped on all of us about how he never intended to ‘start a movement.’”

“The only safe play is a hat,” added Tim Ardwick, Managing Director of Hat/Hoodie Coordination. “I drew his name two years ago and bought him a used DVD copy of Die Hard, which I thought was a funny gift. But after unwrapping it, he pulled me aside and talked to me for two hours about how international terrorism isn’t funny under any circumstance and how the portrayal of Hans Gruber could have led to the racial profiling of Germans for years to come.’”

Despite the warnings from other staff members, the young and eager Saunder remained confident.

“You know, I have been waiting for the perfect time to give him my band’s demo,” said the soon-to-be-ex Dischord Records intern. “Tim keeps telling me to just buy him a hat, but he already has, like, a thousand hats. Who knows? Maybe I’ll play it safe and put our demo inside of a new hat.”