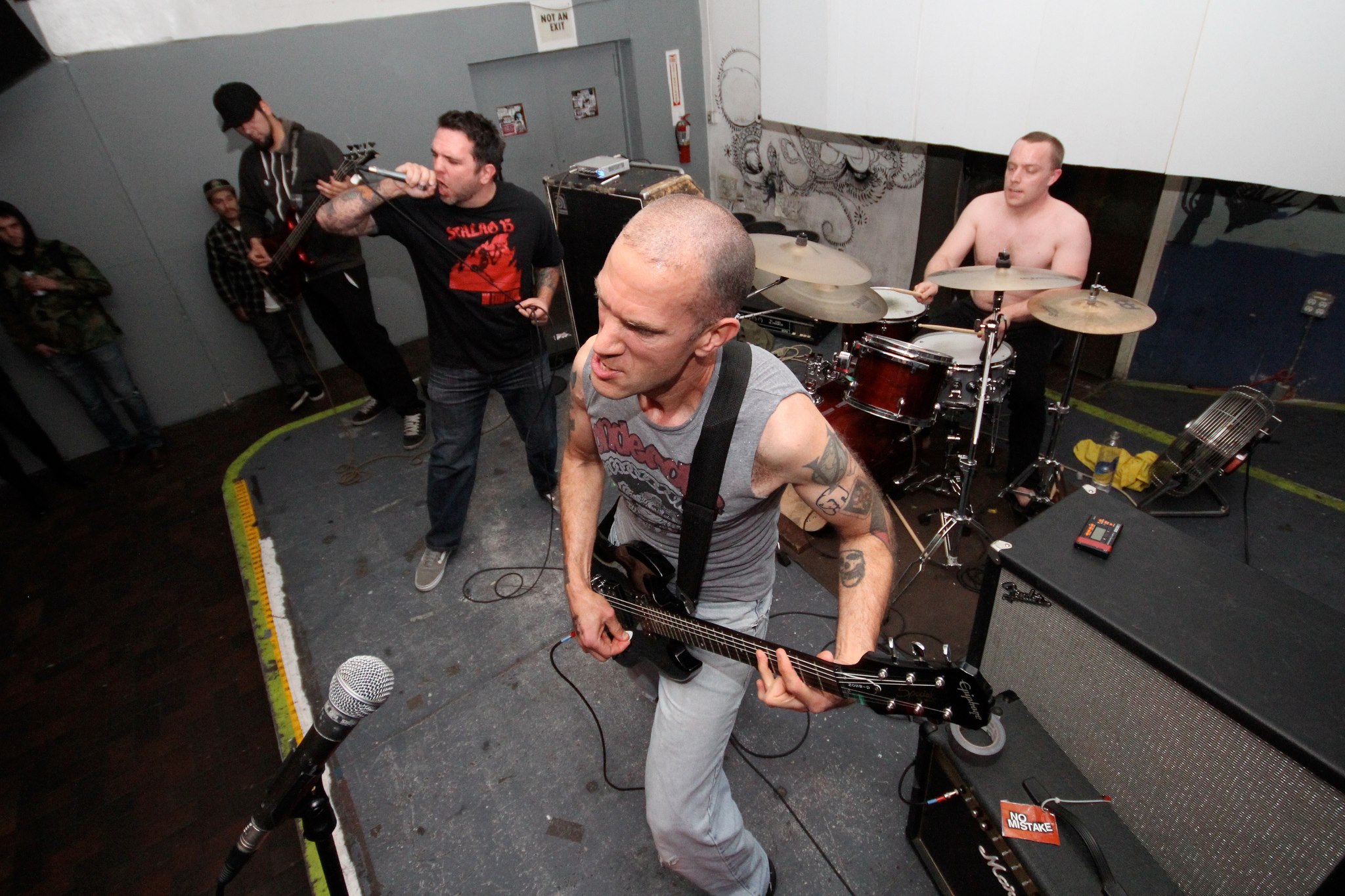 New York – In a heartfelt act of altruism, Ben Dawson, lead singer of recently formed hardcore band Deadbolt, concluded his band’s set by encouraging the few audience members that arrived early to, “stick around for the other bands.”

Despite the fact the show was sold out weeks in advance and a line of people were turned away at the door, only about 14 people were inside the venue during Deadbolt’s opening set. Early reports indicate that all 14 people did in fact stick around for the rest of the heavily advertised, well-known bands.

The show — which featured notable hardcore mainstays Terror, Cro-Mags, and Agnostic Front — was the biggest opportunity Deadbolt has had in its young career.

“Playing with big bands like this is huge for us and I definitely wanted to make a good impression. The last thing I want is to get a reputation as a band that doesn’t give a shit. I always make sure I tell people to stick around, have fun, to help each other, and you know sometimes if I am really feeling it I will tell people to tip the bartender,” said Dawson grinning ecstatically while loading gear into the back of his pick up truck. “It just sucks I won’t be able to stick around, I have work super early tomorrow.”

As soon as Deadbolt began breaking down their equipment, Dawson was also seen personally thanking attendees for not leaving the venue once their set concluded.

“It was really nice of that sweaty guy to thank me for sticking around, but I just got here. I didn’t even realize another band was on the bill,” said show attendee Sarah Marquez, “I thought I showed up early.”

Agnostic Front guitarist Vinnie Stigma was asked how he felt about the opening band’s gracious gesture. “What? I don’t know,” Stigma replied. “Why would I be here 3 hours early?”