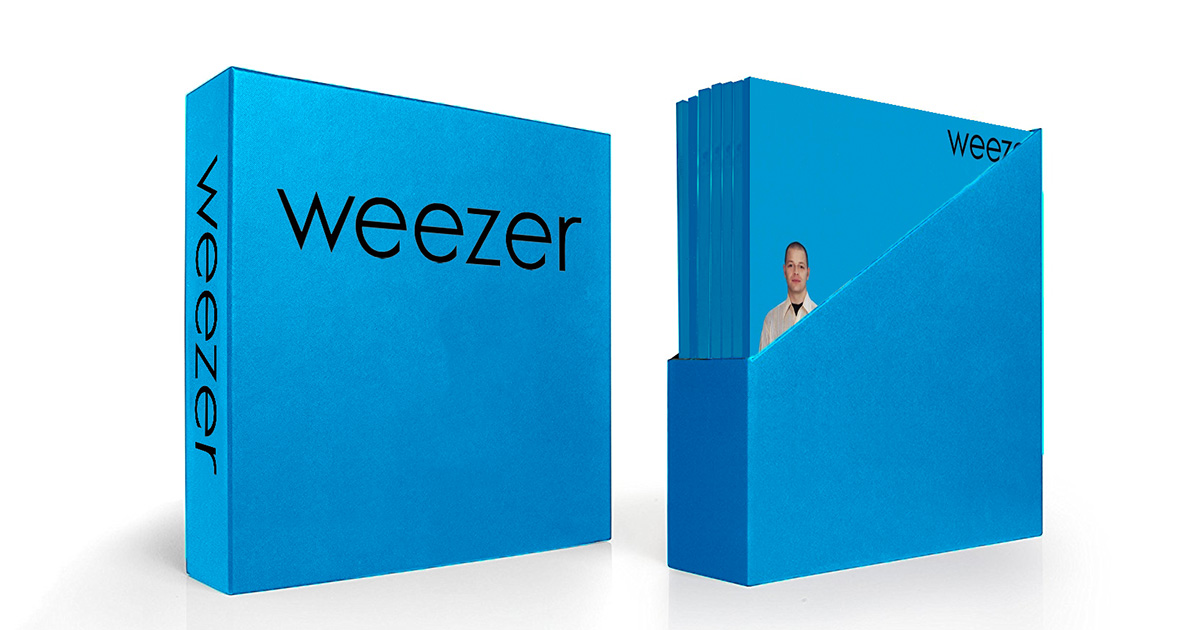 “[This set] features all the most classic hits and raddest deep cuts of our entire career, from ‘My Name Is Jonas’ to ‘Only In Dreams,’” Weezer frontman Rivers Cuomo said in a press release. “It’s everything a die-hard Weezer fan could possibly want.”

The 12 CDs of the “Ultimate Weezer Box Set” are each digitally remastered at the highest possible quality from the same single, master recording, and all include the original 4.75 × 4.75 CD booklet — presented for the first time ever in 12 identical copies.

Fans have been overwhelmingly enthusiastic about the news.

“This is, in many ways, the Weezer news we’ve been waiting for since ’95,” said superfan José Davis, moderator of the “SoCal Weezer Fans Forever” Facebook group offshoot of the now-defunct GeoCities page of the same name. “I’m gonna find a 12-CD changer, just so I can play it all back-to-back.”

Some fans, however, were disappointed that the box set excludes Weezer’s other album, Pinkerton. Cuomo replied in a follow-up statement that while he understands their frustration, the final decision to omit it was an easy one.

The “Ultimate Weezer Box Set” will be available exclusively at Tower Records.