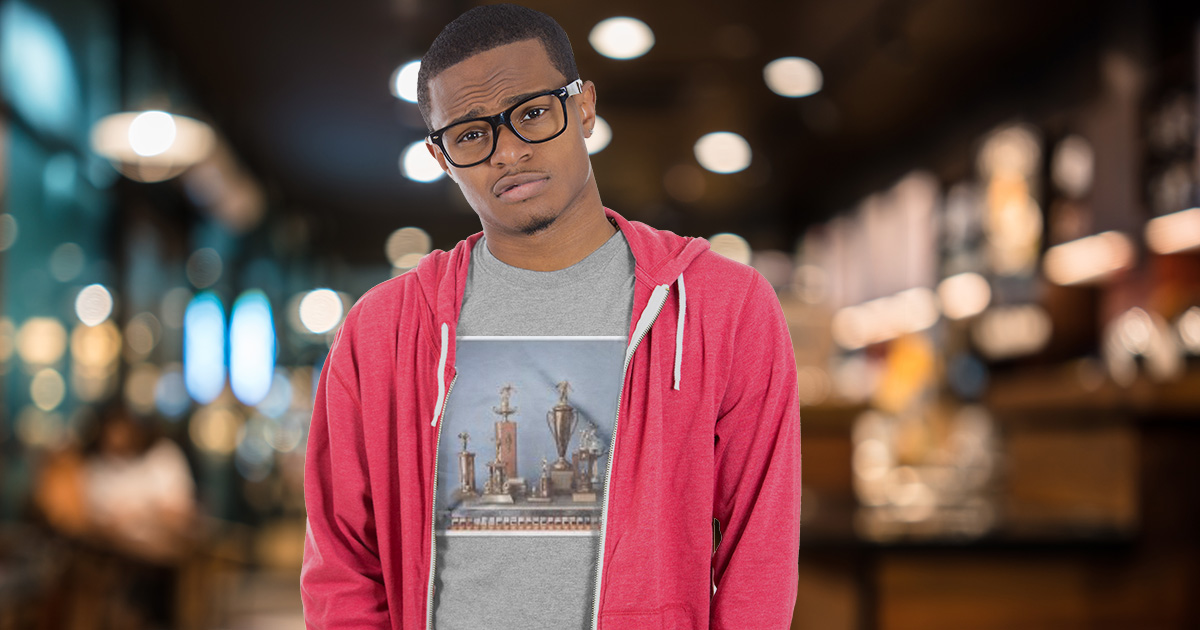 “Yeah, that song is perfectly fine and everything… but it’s about the 10th best song on Bleed American, and not even in the top 50 of their best songs overall,” said an exasperated Anderson. “It’s just so fucking typical of you to boil them down to one song played at high school graduations and during commercial interludes on NFL broadcasts. If you want me to make a playlist for you, I’d gladly do that.”

Witnesses at the Razor Bean, where you were sharing a quiet breakfast with your longtime, Jimmy Eat World-loving friend, were surprised by the sudden outburst.

“So there I was, working on my screenplay — it’s about a teenage boy who falls in love with a girl visiting her grandparents for the summer. Anyway, that one Jimmy Eat World song that everyone knows came on, and I heard the guy at the table next to me say, ‘I don’t care how many times I hear this song, I still love it,’” said aspiring writer Andy Oldstrom. “And that just seemed to set his friend off. He stood up, put his hands on the back of his chair and said through gritted teeth, ‘Are you fucking kidding me right now?’ And then went on a 15-minute diatribe about commercial success, supporting artists, and lord knows what else.”

Anderson defended his stand, and still believes calling you out in public was justified.

“Have you ever had a friend who told you something that completely changes the way you look at them? Like, what if your best friend told you he once hit a guy in a crosswalk late at night, and just drove off… you’d think that’s pretty fucked up, right?” said Anderson. “That’s how I felt when my supposed ‘friend’ told me ‘The Middle’ is his favorite Jimmy Eat World song.”

“I feel like it’s my duty to make him listen to Clarity,” Anderson added, “but really, I think it’s a lost cause. I probably need to move on from this friendship.”

Reports from a nearby juice bar indicate a similar conversation unfolding, regarding “Hey Ya” by Outkast.