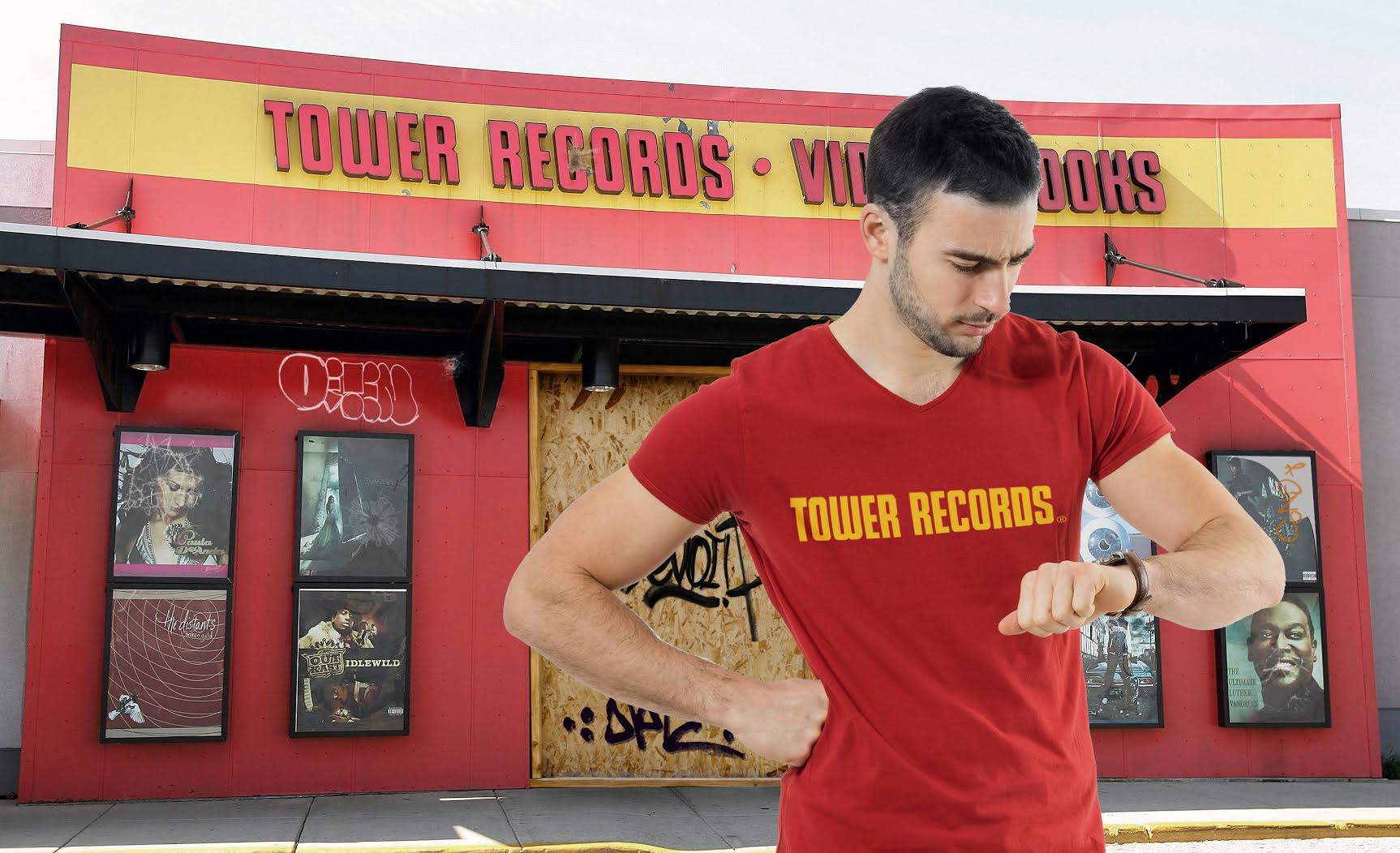 BLOOMINGDALE, Ill. — Local retail employee Will Esposito was surprised last week to find Tower Records, his former place of employment, boarded up and abandoned after he arrived over a decade late for his shift at the now-defunct media outlet.

“I was re-alphabetizing my vinyl collection when I looked at the clock and realized: shit, I’m late,” Esposito said. “I tried calling Trey to get him to cover my shift, but it turns out he lives in New York now and has a kid. I was a little pissed when I showed up and saw the place was closed — I left a hoodie in the break room that I sort of need back.”

“We had an in-store album signing with Lily Allen. He was supposed to work the counter and just never showed up, and I never saw him again,” said Christie, arranging a series of studded belts. “I remember, he had no sense of urgency. He once showed up at 3 a.m. for the midnight release of Harry Potter and the Half-Blood Prince, but to be 11 years late is bad, even for him.”

Others in Esposito’s scattered circle of acquaintances confirmed his forgetful nature.

“The guy is notorious for this,” said ex-bandmate Anthony Borger. “We started a band, but he never showed up to a single practice. We’d call him, and he’d say he was on his way, and then, just… nothing. One time, I paid him $50 to give my little brother Matt guitar lessons for his 12th birthday. He didn’t show up until after Matt was out of college.”

“To be honest,” Esposito said, “I’m kinda glad Tower went out of business. I rented Hell Comes to Frogtown in 2004 and totally forgot to return it. I can’t imagine what that late fee would be.”