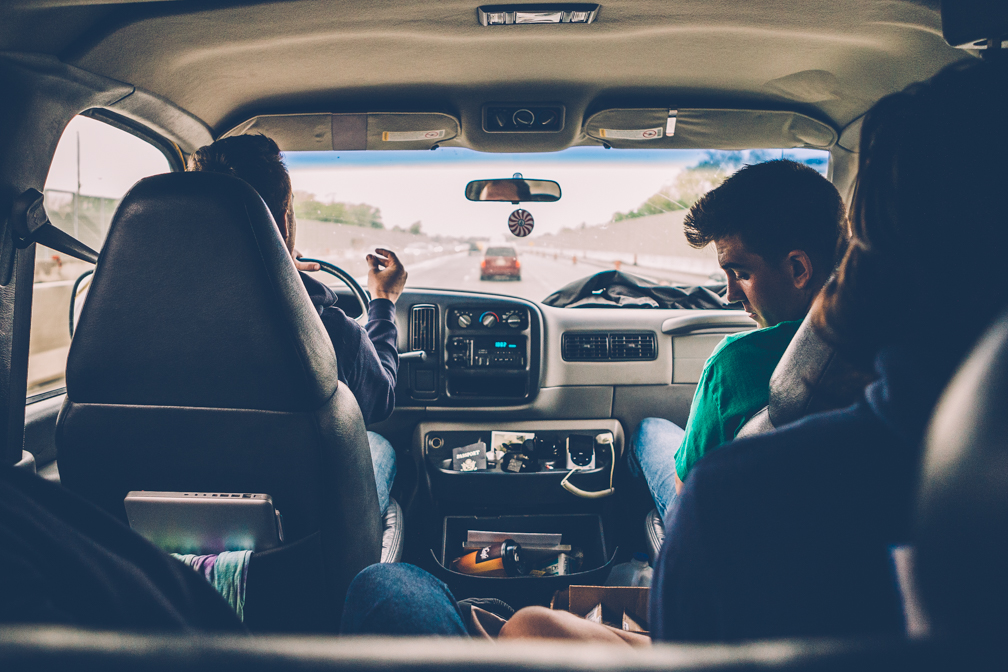 THE ROAD, I-5 — What started out as a standard West Coast tour might soon turn into a blood bath for hardcore band Without Mercy, as they have begun passing the time by daydreaming almost exclusively about ways to brutally murder each other.

“It all started when Scotty kept FaceTiming in the van with his girlfriend in this annoying baby voice. Eventually I just couldn’t stop daydreaming about making her watch me strangle him to death with a mic chord. I want her to watch the life go out of his eyes. I want her to feel his fear as he realizes that this is where he dies,” lead vocalist TJ Vaughn said, of one of his best friends.

He is not the only one that is starting to think of ways to murder his closest friends, drummer Charlie Penn confessed to The Hard Times. The band has spent the last nine days crammed into a small passenger van with space and privacy being very limited for the six people on board, and it has started to take a toll.

“Fucking TJ, man, he never shuts up about his Instagram ratio. It makes me want to tie that egotistical prick to the back of van and drag him for 50 feet at a time. Then right before he passes out from the pain I want to carry his near-lifeless body over to the back of the van, tape his mouth to the exhaust pipe and rev the engine until he asphyxiates,” Penn said.

Without Mercy’s roadie, Dennis Poirier, was asked to come on tour because of his positive attitude and great work ethic. He’s spent the last 300 miles thinking of a way to wipe all his friends off the face of the Earth.

Related: Aging Promoter Offers Band Terrifying Glimpse of What They May Become

“When I am driving and the guys are all asleep in the back, I picture parking the van without them knowing. I’d siphon the gas out of the gas tank and cover the van, and all these assholes in it. Then I would jam all the doors shut and just sit outside the van watching them burn. I want to watch them all burn,” Poirier said. “Bands crash and die on tour all the time. They’d never catch me.”

Thankfully nobody on this tour has been physically hurt as of press time, the only thing that has died is friendships and the band’s willingness to collaborate with each other in the future.

Article by The Hard Times Staff. Photo by Chris Bavaria (@ChrisBavaria on Instagram).