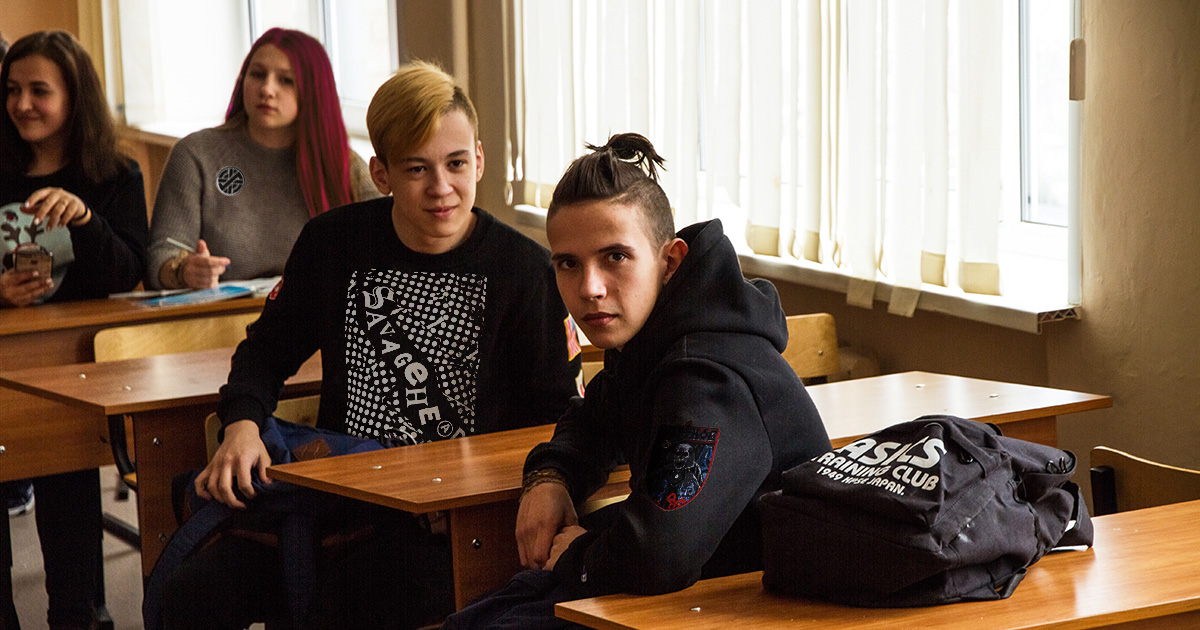 “This is bullshit. [Vice Principal] Hampton has had it out for me ever since he wrote me up for putting a Slayer sticker on his car,” said guitarist Nina Villalobos. “Yeah, I failed two classes, but I didn’t find out about getting summer school until after I tagged ‘Mr. Hampton is a fascist’ on his garage door. Definitely not a coincidence.”

The “postponed indefinitely” tour would have taken the band across the inland North Bay over the span of two weeks in the middle of July — which would have meant VomIts-Its’ “big break” for frontman and bassist Geoff Reed.

“We booked so many sick venues. Four of them,” lamented Reed. “One of ‘em, this church in Fairfield, was gonna be huge… 30 people, easy. I even made a tour poster in Photoshop. It took me the whole semester, and it’s why I failed my graphic design class, but now I feel like it wasn’t even worth it.”

“If Geoff doesn’t get his shit together he’s going to fail summer school, too,” the younger Reed said. “Then we’ll be in the same class next year, and he’ll creep out my friends by hitting on them or showing them his third nipple. Fucking asshole.”

Meanwhile, the third member of VomIts-Its spoke on the condition of anonymity, out of concern that Reed would “kick my ass.”

“Technically speaking, I don’t have to be in summer school,” the teen admitted. “I have a 4.2 GPA. But if Geoff finds out, he’ll think I’m a poser. Plus, we’re already writing a song about it called ‘Compulsory Shreducation.’ I asked Mr. Hampton to let me come to summer school in exchange for cleaning Nina’s graffiti off his garage door.”

At press time, Reed was gathering the courage to remove the final VomIts-Its tour poster from the school bulletin board.