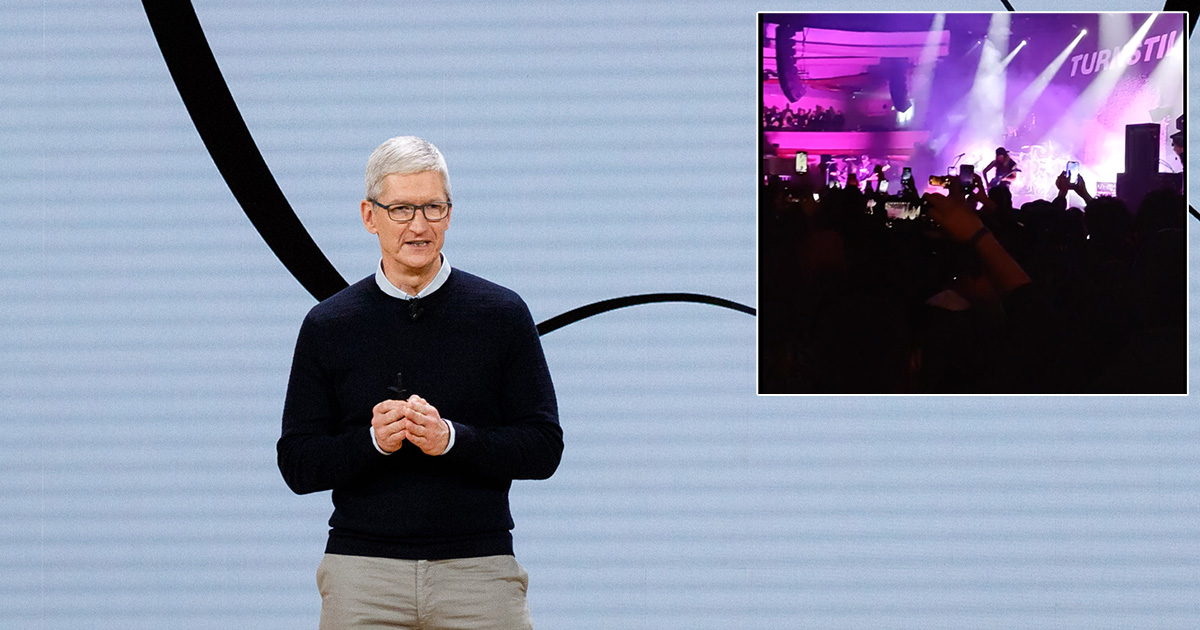 “We ran a diagnostics assessment and found over four billion terabytes of storage space dedicated to Turnstile videos since they played Coachella last April alone, it’s probably ten times more than that if you were to go back and look at all the videos since the band started,” said Cook while deleting blurry photos of a Turnstile show he attended in Los Angeles. “Cloud storage was once dominated by photos of pets, children, and vacation memories, but now it’s almost entirely dedicated to the genre-bending quartet. And just for the hell of it we’re going to offer an extra five megabytes of free iCloud storage to anyone that buys ‘Glow On’ in the Apple Music store.”

“I’ve seen Turnstile go from an unknown opening band to headliners and I probably have about 150 hours of live footage of them taking up space in the cloud. Any time they play there is a sea of phones trying to record every single second,” said Harris. “If you’re standing at the back of the room you need to wear welders goggles or else the phone screens will start to burn your corneas. I made the mistake one time in 2015 and the screens were so bright it reset my circadian rhythm, I didn’t sleep for a week.”

Digital trend experts fear that the rising popularity of Turnstile could lead to severe environmental problems in order to preserve grainy, blown-out videos of the band.

“For the longest time Turnstile was a band that was popular with kids under the age of 16, then suddenly we started seeing a rising number of 45-year-olds clinging to their youth pretending to like the band,” said tech consultant Anna Marie Kester. “Eventually the band started becoming popular in elementary schools and nursing homes. This led to a large variety of people attending Turnstile shows, filming them for short bursts, and posting the videos. Apple is already investing more resources to prepare for Turnstile opening for Blink-182. The electricity they will need to generate to power those computers is expected to emit enough carbon to raise global temperatures by three entire degrees. This will be an extinction event.”

At press time, NASA announced they will mount an expedition to replace the Golden Record on the Voyager 1 spacecraft with a copy of Turnstile’s debut 2015 full-length “Nonstop Feeling.”